Ask Holly: Whenever I try to say 'bridge' it comes out as 'buh-reeeeege'

I might be the one of the best-selling female artists in the world, but whenever I try to say ‘bridge’ it comes out as ‘buh-reeeeege’. Aren’t I extremely irritating?

There is no affliction which can’t be cured with a Hatchimal for Christmas. As I write, Santa is marching the aisles of his workshop in Beijing, shouting at the hordes of happy Chinese folk who work 23 hours a day in darkness and squalid conditions, fashioning tonnes of gaudy bug-eyed pointless plastic, all in the name of bringing little girls like me four or five minutes of partial happiness on Christmas Day, before I start kicking off and going mental again.

Netflix launches ‘People Standing in a Row with Arms Folded’ 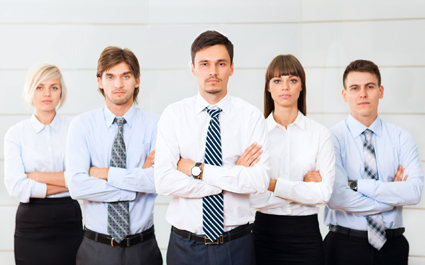 STREAMING service Netflix has launched a new drama about some people who do a job.

Trailers and posters for new series People Standing in a Row with Arms Folded show a group of characters, of varying ages and genders, standing in a line with the main character in the middle.

They are probably doctors, lawyers or something to do with forensics. It looks quite serious and is definitely not a comedy.

One of them is played by an actor from a quite popular 1996 film about a time travelling cop. After a prolonged period of sexual tension, he will shag the woman on the left, but it ultimately won’t work out and by Season Four she will be working for the main baddies.

The one at the back on the right makes a lot of wisecracks and will definitely die at the end of Season One.

A Netflix spokesmen said: “Here they are, some more people standing in a row. They’re not afraid to bend the rules to get the job done, whatever their job might be. I can’t remember exactly.”

Subscriber Norman Steele said: “Is it telly? I’m in.”