Scottish thesaurus has 498,000 names to call the English

The Historical Thesaurus of Scots is published in two volumes, one a collection of invective, derogatory terms and crude sexual phrases used to describe the English, and one with all the other words.

“In the middle ages the English were ‘horse botherers’ or ‘shiteymen’, whereas during the Enlightenment they were called ‘fancywanks’.

“In the first half of the 20th Century the English became known as ‘Churchill’s bawbag’ and by the late 1970s the phrase ‘fuck-faced Jimmy Hill bastards’ was common parlance.”

He added: “The only reason the Picts developed language in the first place was to better insult the English. This is also, as far as we can tell, the reason for Welsh.”

Woman refuses to accept that her cat is normal 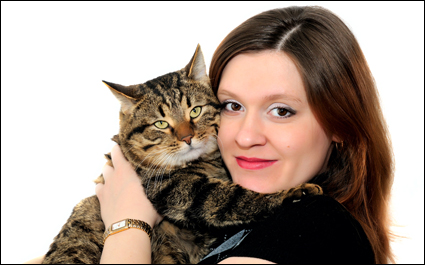 A CAT owner is convinced that her pet is unique.

38-year-old Emma Bradford clings to the misguided belief that her pet has a personality that is not entirely typical of a cat.

She said: “Muffin will just go to sleep anywhere – in a box, on a car bonnet, even on a kitchen worktop. He is such a crazy character.

“When he wants food he’ll come and say to me ‘please mummy can I have some food’, just like a person. Obviously he says that in a series of meows but clearly that is what he’s saying.

“He likes to watch the TV quiz programme Pointless, or at least he doesn’t leave the room when it is on. That’s because he is an animal genius.”

Animal psychologist Norman Steele said: “There’s only one unusual creature in that household, and it’s the one wearing a Monsoon dress.”

Bradford added: “It’s amazing sharing my life with such a unique and unusually intelligent animal as Muffin, it’s a once-in-a-lifetime thing.

“Someone should make a documentary or feature film about it, perhaps like Garfield crossed with Born Free. I would be played by Charlize Theron.”