A US Secret Service agent on his final day working at the White House has deleted Donald Trump before leaving.

The agent, who was part of the detail guarding the president and his family, apparently waited until his supervisors were on their break, sneaked upstairs, cancelled the president with his SIG Sauer P229 sidearm, and then left the building whistling.

A White House spokesman said: “Unfortunately there’s not much we can do. He’s no longer an employee.

“It was 11 minutes before anyone noticed and he’d already clocked out, looking unusually cheerful according to the staff on the doors, and strolled off down Pennsylvania Avenue. He’s probably still laughing in one of the bars.

“It’s regrettable, and against our code of conduct, but we’ve got a back-up vice-president who was sworn in very quickly, so no real harm was done apart from embarrassment.

“That agent is definitely not getting a good reference from us, though. So it’s him who’s ended up looking the fool.”

Steve Malley of Kansas said: “Hey, when I quit Applebee’s I changed the code on the bathroom so nobody could get in. Everyone does these little pranks.”

Southerners to live as Northerners for a week 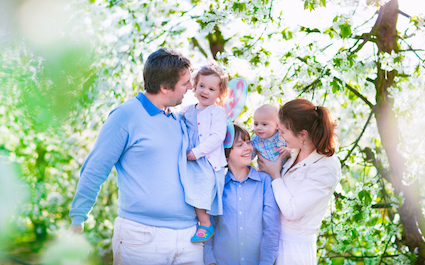 A FAMILY from the south-east have swapped places with a family from Sheffield for a week in the BBC’s new twist on the survival TV formula.

The Steele family have moved from their £650,000 Hackney home for a house worth barely a third of that in the Sheffield suburb of Crosspool while cameras follow their struggle to cope.

“So we’re prepared for this as a social experiment, but something appears to have gone badly wrong. This house is massive.

“The air, which I expected to be black and filthy, appears to be substantially cleaner than at home and there isn’t the same wealth of art galleries, which frankly we don’t give a fuck about because we’re right next door to mountains and you don’t even have to queue for them.

“This is one of those trick shows like where they thought they’d been sent to space, isn’t it? Am I just drinking Vimto in the Cotswolds?

“Whatever. I’m not going back.”