Michael Fallon: It was such a different era a month ago

FIRST, I offer an unqualified apology for certain inappropriate behaviours on my part which fell short of the standard required of a cabinet minister. I am truly sorry, and truly sad.

This benighted era had social attitudes unlike our own. Young people, especially the very young, will not remember it but sexual conduct in the workplace was considered de rigueur.

Back then, girls were altogether racier and more good-humoured about flirtatious banter. If a colleague said her hands were cold and I suggested she warm them on my red-hot ramrod, seriously it’s like a three-bar fire down there, nobody would do any more than giggle salaciously.

They seem alien to us now, those days in which every workplace was like a Carry On film and researchers considered falling pregnant just an occupational hazard.

But times have changed and texting a young, attractive MP, the kind who is certainly inviting attention, an unsolicited photograph of your nether regions is no longer acceptable. And rightly so.

We must all of us recognise that the culture has changed. What was unfrowned on last Wednesday is appallingly dreadful in hindsight.

But we should remember that the people of the future, perhaps of December 2017, may look harshly on us and that it is unfair to judge the past by the standards of the present.

For now, let us just be glad those dark days are behind us. The dark days of October 2017.

Lying about the length of your commute is lying to yourself 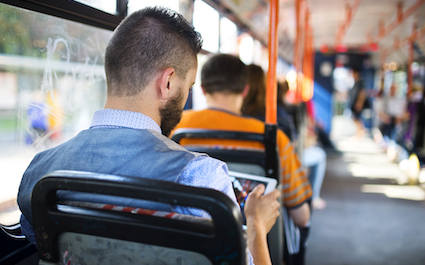 LYING to friends and colleagues by claiming your commute is 20 minutes shorter than it is means you are lying to yourself, experts have confirmed.

Solicitor and habitual commute-shortener Carolyn Ryan said: “I’m lucky. I only have to hop on a bus into Dudley, then it’s a direct train to Birmingham New Street. A breezy 45 minutes, maybe 50 on a bad day.

“I get all the benefit of living in the countryside while having all the amenities of the city. Hashtag winning.”

But colleague Joanna Kramer said: “I’ve seen Carolyn at the bus stop and I know that journey’s an hour plus easily. 90 minutes if something fucks up. I don’t know who she thinks she’s fooling.

“Meanwhile, because I drive, I’m here in probably not much more than half-an-hour. Traffic? I’m very good at dodging that.”

Professor Henry Brubaker of the Institute for Studies said: “Commuters lie because otherwise they would have to admit they spend ten or more hours a week bored, frustrated and wasting their lives.

“But ultimately, they are lying only to themselves. And, despite what Carolyn tells her doctor, she also still smokes.”