Try to work as more of a team, rabid dogs advise Tories

A PACK of slavering, rabid dogs has advised the Conservative party to bury their differences and work together.

The dogs took a brief break from nipping each other, growling menacingly at rivals and singling out weaker members to kill them to counsel Tory MPs not to do anything rash.

Alsatian Tom Logan said: “Listen, I’ve been shaking and frothing at the mouth for ages. All the lads have started calling me Cujo. And even I’m saying chill out.

“I know, I know, when you’re in a foaming rage, everything looks like a bared throat. But the lone dog gets shot dead. That was the moral lesson of To Kill A Mockingbird.

“Sure you’ve got the red mist. Sure, you could take Leadsom down but this new defence guy could take you down but your backbench buddy could take him down. But could you do more damage as a collective?

“You can’t run a pack on nothing but scraps of bloody fur. But hey. I know in this case I’m the cooler head.”

The advice follows proposals from the EU to impose six months of compulsory quarantine on Conservative MPs travelling to the continent, to control the spread of infection.

Interest rates up 3.5 per cent, says your mortgage provider 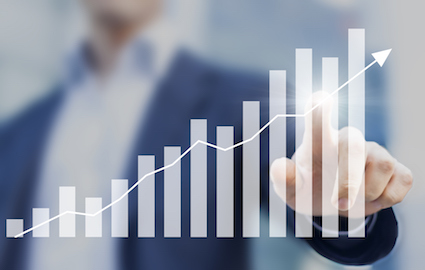 The first official rise in a decade has been taken to control inflation, and the many larger unofficial rises that will follow it are also, in a sense, to restrain public spending.

A spokesman for your mortgage provider said: “Because you’re on a tracker mortgage, the interest rate tracks that set by the Bank of England. Loosely. In a manner of speaking.

“For example, when they reduced interest rates to one per cent we immediately, within 90 days or so, followed them by bringing ours down to 5.49 per cent. We don’t ignore that responsibility.

“And for the last few years, while the Bank’s interest rate has been less than one per cent, ours have remained steady at that multiplied by about 10 or 20. Plus occasional increases to cover costs.

“Now their rate has spiralled up to 0.5 per cent we have no choice but to bring your rate up to approaching double figures. That’s the financial market. You probably don’t understand exactly how it works.

“I’m afraid the interest paid on savings must remain steady at 0.38 per cent, however. Still, if you really save a lot it all balances out.”