Shit-flinging gibbon to be crowned emperor

A SCREECHING, orange, shit-flinging gibbon will be crowned ruler of the free world later today.

The ape, incapable of reasoned thought and prone to viciously attack humans, will be sworn in as US president on a Bible it could never read and will immediately attempt to eat.

Once President, the gibbon will urinate on Chief Justice Roberts, attack a female bystander and then defecate in its hands and throw it at the crowd while shrieking incoherently.

Susan Traherne, who came all the way from Nevada to see the ape, said: “At his rallies he leaps into the crowd and sexually assaults women, and boy if he does that today, wow. I hope he picks me.”

After the foaming-at-the-mouth gibbon is dragged off stage by its handlers, it will be shown into the White House and given the nuclear codes.

Berlin to send back thousands of British hipsters 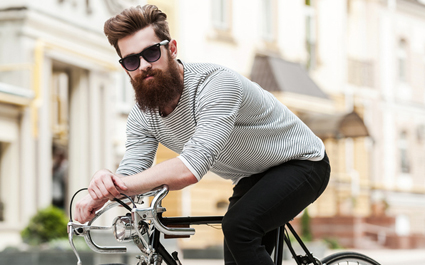 BERLIN will return thousands of hipsters when Britain fully departs the EU, it has emerged.

Angela Merkel confirmed that British hipsters would be expelled post-Brexit as they have little to offer Germany except basic website design skills and minimal techno club nights.

She said: “We cannot be expected to support thousands of aspiring musicians and bloggers with names like ‘DJ Leo Fukk’ and ‘Tufty’.

“They are nice enough but utterly useless. We have plenty of local young people who can serve cocktails in a surly way.”

Theresa May had hoped Berlin and Barcelona would sign a proposed ‘Hipster Accord’ where they agree to keep an estimated 186,000 UK hipsters in exchange for unlimited free entrance to London tourist attractions.

Berlin-based hipster Wayne Hayes said: “I had hoped to remain here for the rest of my life, or a least until I get too old to take ketamine in former meat-packing warehouses and have to go back to Essex to sleep in my parents’ conservatory.”