Six ways in which Brexit is totally, completely done

BREXIT is done, over, finished and will never be mentioned again. Here’s six ways in which you won’t hear about it:

We don’t even think about the EU anymore

The UK has begun its first week of freedom by proving that it is over the EU and doesn’t even think about the EU anymore by delivering a major speech about the EU telling the EU how painlessly it has moved on. So there.

Negotiation of UK-EU trade, which will dominate politics until the end of the year and beyond, is a clear sign that Brexit is a done deal and not worth dwelling on. Apart from every day, in excruciating detail.

Remember this? There’s no need to as it’s a dead issue that’s completely gone away, apart from minor, footling details like how it will operate, where it will go, and when exactly it will lead to Northern Ireland leaving the UK for good.

Scotland’s fine with it

Despite not voting for Brexit, opposing Brexit and electing a party implacably against Brexit in every constituency, Scotland’s Brexit position is now completely settled. The EU saying they’d welcome an independent Scotland is just empty rhetoric.

All EU citizens in the UK, often employed in vital roles, have accepted that they are second-class citizens who deserve no rights and live at our whim. The three million Brits in the EU, by contrast, will be coddled as lovingly as a pensioner’s Highland terrier.

The prime minister said it is

Boris Johnson has told us that Brexit is done, and there’s no way he would lie. All his increasingly frantic trips to Brussels over the next 11 months are simply because no London barman can pour a decent Hoegaarden. 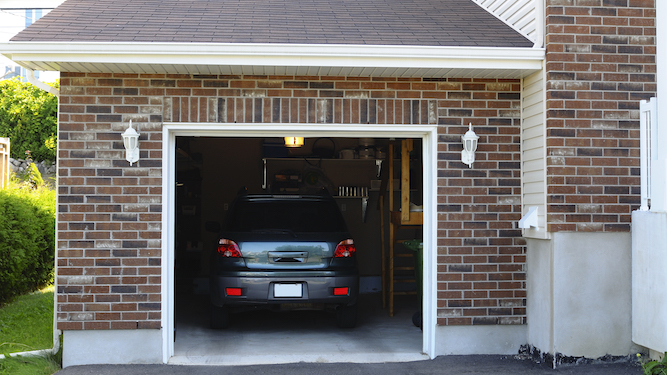 A SICK freak has provoked widespread disgust after parking his car in his garage.

Norman Steele, aged 55, has outraged his whole neighbourhood after driving his car up to face his garage but, instead of parking it there, he opened his garage door and drove into it in violation of all societal norms.

Eyewitness Susan Traherne said: “Garages aren’t supposed to have cars in. That’s where you store your old freezer and all the broken stuff you haven’t quite got the energy to take to the tip.

“Not his. It was clean, empty apart from a few things on shelves – car-related things, even more bizarrely – and once he’d parked up he closed the door. Like the rest of us can’t be trusted with his precious car.

“I caught the whole thing on my phone and posted it to YouTube, where it’s ranking with that woman who put the cat in the bin as one of the strangest and most fury-provoking clips on the internet.

“Sure he’s a bit old, so he might get confused and do odd stuff with garages. But if he’s doing that, what else is he doing?”