'So you had an election then?' chuckles Juncker

JEAN Claude Juncker has opened Brexit negotiations with the UK by chuckling away like an easily amused child.

The EU commission president entered the meeting room in Brussels laughing and showing one his aides something on his phone before asking Brexit secretary David Davis what he had been up to recently.

Davis replied with an exaggerated yawn and a remark about ‘European humour’ before adding: “So how the fuck does this work?”

May still prime minister for some f**king reason 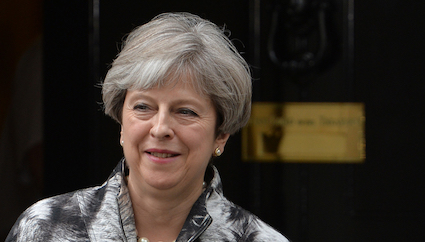 THERESA May is still the prime minister of the United Kingdom and no-one has the faintest idea why, it has been confirmed.

Downing Street issued a statement stressing Mrs May remains in office and was then forced to repeat it nine times.

David Liddington, Mrs May’s de facto deputy, said: “You’ve got to be kidding me? I just assumed she’d have fucked off by now. That is a puzzler.”

Meanwhile, experts said the fact Mrs May is still prime minister was testing the limits of scientific possibility.

Professor Henry Brubaker, from the Institute for Studies, said: “If this is actually true then teleportation and light speed travel are no longer just theoretically feasible they are incredibly likely.

“It’s so difficult to take in that, as with the moon landing, conspiracy freaks will insist the whole thing has been faked.

“People will soon be claiming that not only is she not the prime minister, but never has been.

“They may well be right.”