MITT Romney has relaunched his campaign with a direct appeal to America’s fundamental stupidity.

Speaking into a switched-off microphone in the wrong room of a conference centre in Canada, Romney said: “No other candidate feel your dumbness like I be.

“These are stupid times, with stupid problems that need stupid solutions from a stupid man.

“I will do the stuff you want, whatever it is you want. Even if you don’t know what you want, and I don’t know either.”

Romney then boarded a flight to Greenland which was forced to make an emergency landing after the candidate attempted to remove one of the windows with a spoon.

'Why did you create me?' weeping McKenzie asks police 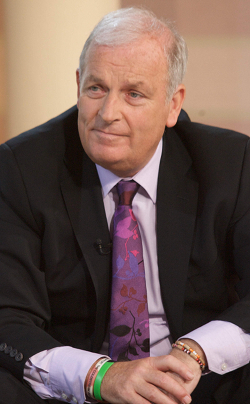 A TEARFUL Kelvin McKenzie has asked South Yorkshire Police why they had to make him exist .

Insisting he did not ask to be born, the former editor of the Sun screamed and beat his fists against the chest of the force’s Chief Constable before breaking down into hysterical, uncontrollable sobbing.

He wailed: “I am a monster because of you! Yes you! I could have been an artist, a scientist, a great poet, but you wouldn’t – couldn’t – let that happen.”

The hunched figure, his mangled face trembling with righteous fury, added: “Because of your insane experiment I am forced to walk the earth a deformed beast, feared and hated by all who gaze upon my twisted features.

McKenzie, who lives in shadow and is scared of fire, said: “Good people, pity this poor, monstrous wretch who yearned only for the beauty of truth, and instead point your hatred at those evil enough to think they can play God with a man’s very soul!

“South Yorkshire Police, look upon what you have done to this faithful servant of goodness and pray that the Almighty may yet redeem you!”

McKenzie said he will be putting to the same question to the Argentine Navy and Samantha Fox.