The gammon's guide to going abroad 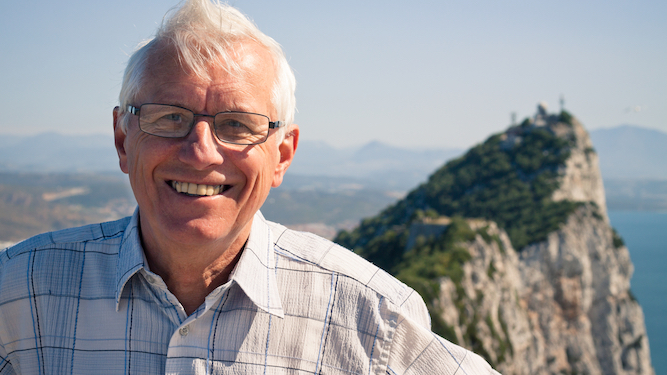 AIR bridges mean that holidaying abroad is back on, so beet-red patriot Roy Hobbs explains how to make the most of two weeks in countries full of foreign bastards.

Speaking other languages is as simple as saying the words in English but in a crude imitation of the local accent. Phrases like ‘Oi Pedro! How mucho for trip in el boato?’ or ‘Ou esta dos ketchup, chief?’ and they’ll be grateful you’ve made the effort.

Use your Brexiter’s cognitive dissonance

The EU’s Europe is a filthy, corrupt hellhole full of dangerous immigrants, so only a lunatic would want to go there. However it’s also brilliant for holidays. All good Brexiters have no problem maintaining completely contradictory thoughts, so book that flight to Tenerife now.

Spain has stunning landmarks like Seville Cathedral and the Prado, but f**k that. Ideally you want somewhere blisteringly hot but with a British-owned Only Fools and Horses-themed bar serving our national drink, Stella, alongside all-day breakfasts.

Don’t ever stop mentioning the war

They appreciate history over there, so seize upon any local link to WW2. Loudly discuss Allied shipping losses to U-boats in the Strait of Gibraltar and the battle for the Mediterranean while propping up the beach bar. Bloody Rommel.

Ideally a borderline-alcoholic middle-aged woman from Romford and her husband sporting a copper bracelet that apparently helps his blood pressure. You’ll be so alike you’ll start to forget who’s who.

After starting a mass brawl on your EasyJet flight home, the resultant Daily Mail article ‘MID-AIR PUNCH-UP SHAME OF BOOZE BRITS’ will be yours to keep and treasure for the rest of your life.

Get in shape with Boris Johnson 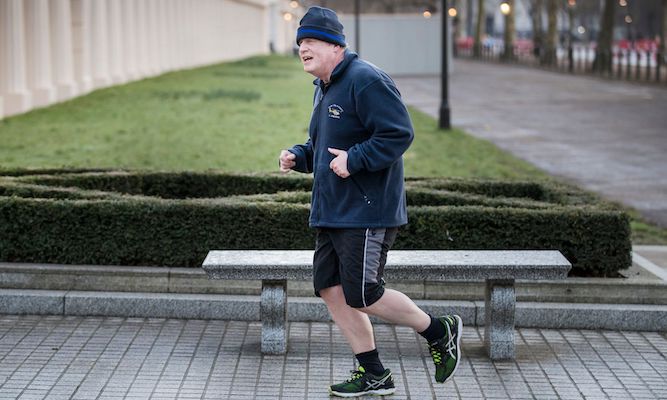 LOOKING to shift that lockdown paunch? The PM explains how you too can achieve his Adonis-like physique.

Do a single press-up

So what if Keir could do 50 in his sleep? When you’re wearing a shirt and tie a single push up is all you need. Ensure you invite the right wing press to take a snap as you attempt to heave your bedraggled mass off the floor.

Dangle from a zip wire

The altitude and groin pressure will blast your abs more than planks and crunches ever could. An example of Herculean strength such as myself can even do this while simultaneously waving shakeweights disguised as Union Jacks.

You’ll need a nubile young gym buddy for this one, and it can take a while to find the right personal trainer. The results speak for themselves, though after a while you’ll need a new partner as the current one will be getting swollen around the belly.

Boot out the doomsters

In every corner of the Conservative party and the Civil Service are doomsters and gloomsters, telling you things like ‘that’s scientifically impossible’ and ‘are you mental?’ Exercise the old legs by booting out anyone endangering Britain’s future by disagreeing with you.

And finally, play a game of skill and confidence by dodging any and all appearances on media outlets that don’t fully support you. It’s an activity that keeps you fit and healthy as you dodge Piers Morgan one way, Newsnight the other, and parliamentary scrutiny down the middle.