The most middle-class things you can do to support Ukraine

THE war in Ukraine is a tragedy, but how can you support the victims in a way that’s better and more ethical than everyone else? Read on…

Yes, Russia is deliberately killing civilians. That’s what people who watch Good Morning Britain are concerned about. But what of their world-renowned Malevich collection and Kyiv’s mesmerising House with Chimaeras? You can’t believe you’re the only one fretting about this.

Get the kids painting

Order your children to get out the yellow and blue paints. It should only take about 10 minutes before they’ll have made passable Ukrainian flags for the front window. Remember to tell them it was all their idea.

Donate to the marginalised

Those refugees might be war-torn but they’re overwhelmingly white and cis. Seek out a more bespoke charity that’s worthy of your financial contributions, perhaps something focusing on displaced sex workers. Lead by example by posting your donation on Insta.

Previously you’d probably have assumed he was a far-right populist like Trump, but now this khaki-clad hero is the talk of your WhatsApp group. You’re resolute and lion-hearted by professing your crush on him. Yes, some embarrassing posts by a sexually frustrated yummy mummy are really what he needs right now.

Read a book about it

It worked with racism: during Black Lives Matter you read White Fragility, confronted your own racism and now all that’s over. So get Red Famine, read about Ukrainians suffering under Stalin, and miss no opportunity to be publicly well-informed. It’s a better way of caring.

Wish you could take in a refugee

How sincerely and powerfully you wish you could take in a refugee family. How it hurts that you can’t, because you only have five bedrooms, one’s been converted into a home office, Edward still needs his during term breaks and the bloody Tories won’t let any in anyway. But God you wish you could. Oh well.

Are you a chilli rating bore? Take our test 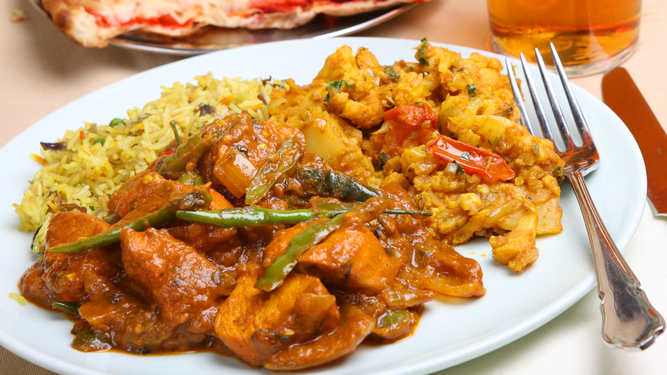 DO you think an obsession with extremely hot and spicy food is an utterly fascinating personality trait? Take our test and find out if you might be a bit of a chilli bore.

Can you eat a spicy meal without reminding people you like very hot food?

B) No. In fact I need to sample other people’s food and suggest theirs is bland and unimaginative if it’s not like taking a swig of boiling sulphuric acid, like mine.

Do you take your own sauce to Nando’s because their extra-hot sauce is too lame for you?

A) No. They have a range of sauces which are fine for every dish.

Do you feel the need to correct someone if they suggest a Bulgarian Carrot is hotter than a Trinidad Scorpion?

B) Absolutely. Chillies are named in an ascending order of torment for good reason. A Bulgarian carrot is never going to put you on the loo for 24 hours, constantly checking to make sure your internal organs haven’t liquified and vacated your quivering, desiccated shell. A Trinidad Scorpion will.

Are you okay with the way people pronounce jalapeño?

A) Yes, I don’t think it really matters how it’s said, everyone knows what is meant.

Have you suffered any ill effects from spicy food?

A) No, apart from a temporary burning sensation in my mouth, obviously.

B) I constantly feel as if someone’s set off a napalm bomb in my rectum. It’s a horrible way to live. But eating stupidly hot food is my thing and without it I’m a personality-free nonentity whose only topic of conversation is spreadsheets.

Mostly As: You are not obsessed with hot food and probably very pleasant to have a meal with.

Mostly Bs: You have made super-hot, chilli-laden food such a large and ultimately boring part of your personality there is no going back now. Soon the hottest madras in the curry house won’t be enough and you’ll have to ask them to put some burning charcoals in it.