This long tunnel proves we are sexy, say Swiss

BUILDING the longest tunnel in the world proves that Switzerland is a sexy and desirable nation, says the country’s president.

The 35-mile-long tunnel, also the world’s deepest, was constructed entirely to re-establish Switzerland’s reputation as alluring and seductive.

Johann Schneider-Ammann, current president of the Swiss Confederation, said: “They say the French are hot, and all of Eastern Europe is thought attractive because their economic woes mean they are disproportionately represented in pornography.

“Meanwhile the Swiss, very attractive in a classy, understated way, are overlooked, known only for hoarding Nazi and FIFA gold.

“Well, this tunnel is long, it is deep, and it can take even the biggest train and still want more. It also links some freight routes or something, but that’s not important.”

Nathan Muir of Leatherhead said: “I have never slept with a Swiss woman before, but now I must. I will woo them with Toblerones.”

Student realises his life is polar opposite of Jack Wills advert 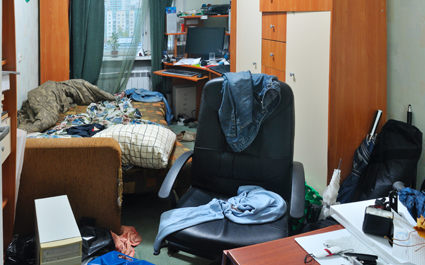 A STUDENT having a post-wank piece of toast has realised his existence could not be less like Jack Wills’ depiction of university life.

He said: “I’m not particularly good-looking, nor are my friends. Rather than exuding confidence and health, I regularly go for 48 hours without stepping outside.

“Surely I should be sitting in front of some surfboards with four or five impossibly toned friends called things like ‘Chad’ and ‘Amber’, and we’re all laughing just because we’re so amazing.

“Then we all drive up to some clifftop viewpoint and marvel at how meaningful the sunset is before going back to our immaculate dormitory for a pillow fight in our pants. Isn’t that how most students live?

“I might go the shop later for a packet of Monster Munch, that’s about as good as it’s going to get today.”