'I made you a mixtape', Trump tells Putin

DONALD Trump has given Vladmir Putin a mixtape full of his favourite songs about being tough.

The US president has stayed up for four nights making the C90, hand-lettered in biro with its title ‘Ain’t Got Time To Bleed’, which he will present to his Russian counterpart today.

Trump said: “I make – though they don’t report it – the best mixtapes. And the difference with a mixtape is that it’s personal. You can’t buy it from a store.

Trump added: “There’s Eye of the Tiger from Rocky IV where the American won against the Russian, even though the fake news media said he wouldn’t. He won. You can check that.

“Maybe he’ll listen to it in the Kremlin and then call me. I would like that.” 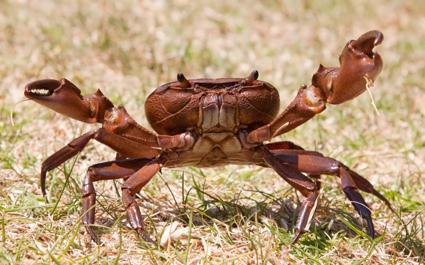 A CURVACEOUS lady crab has been photographed soaking up the sun on Brighton beach.

As Britain basks in glorious sunshine, 18-year-old crab Mary Fisher has been frolicking in rock pools with her equally attractive crab friends.

Fisher, who displays an impressive pair of claws, said: “I love the feeling of the hot sun on my armoured exoskeleton.

“It makes me very frisky.”

Fisher plans to spend the weekend eating algae or plankton, and perhaps burrowing into the cooling sand if the temperature gets too oppressive.

She added: “I would love an ice cream but that will only happen if somebody drops one, because being a crab I don’t have any money to buy anything.”