Trump: He really was just a prick, wasn't he?

PUNDITS have agreed that President Trump’s time in office and legacy will mainly being remembered for what an utter prick he was.

Ever since his shock victory over Clinton analysts have struggled to unravel the true character of Donald Trump, finally concluding that the divisive, outspoken figure was simply an arsehole.

Trump biographer Susan Traherne said: “I spent two years embedded at the White House. What was he like? Well you’ve met pricks before, right? Like that.

“Moody, gave people bollockings for no reason, loved golf. In another life he could have been running a recruitment consultancy in Penge.

“There are so many theories about his rise and what it says about America, widespread disillusionment with mainstream politics, all that, but I’d say it’s more about dickheads liking pricks.

“There are loads of dickheads around. They like causing problems for no reason, and they can vote. It’s all quite straightforward really.”

Speculation about Trump’s next move is mounting while he exchanges texts with Nigel Farage about how they should ‘do something’. Farage has apparently ‘got some ideas’ including ‘a new twist on the classic steakhouse’. 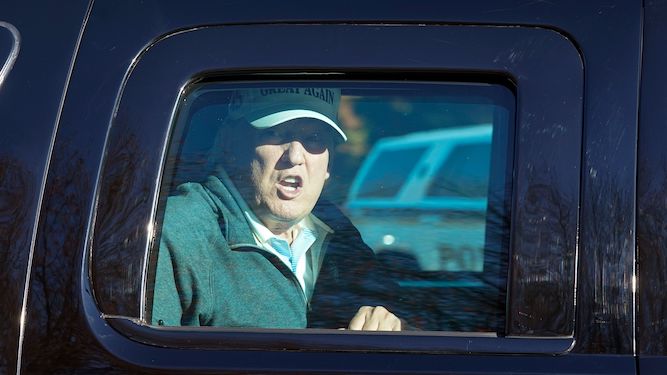 DONALD Trump will spend the next four years holding rallies, being racist, sending mental tweets and golfing with the minor difference that he is no longer president.

The defeat will be ignored by Trump who will continue to proclaim himself president while living in Florida and not understanding any part of the political process, as before.

A Trump insider said: “He’ll watch TV, shout at TV, tweet about the fake news media, eat a hamburger, get in a helicopter and spew bullshit at cheering dickheads. What’s the difference?

“He never did politics. He only used presidential powers to protect him from lawsuits. The White House wasn’t gold enough, briefings were boring, to this day he doesn’t know the difference between the House and the Senate.

“He’s just a delusional old racist who likes to call into Fox News and brag about how incredible he is even though everyone’s out to get him, and he’ll be able to do that for the rest of his life.

“In a way he’ll be happier. Apart from the deep, inescapable knowledge that he’s a total f**king loser.”