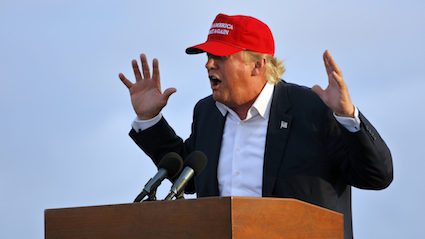 DONALD Trump is furious after discovering that women can vote in elections.

The Republican candidate was at a last-minute rally when he remarked on how it was lucky that ‘they’ couldn’t vote.

However an aide then informed him that the US has enjoyed full female suffrage since 1920.

After a brief explanation of what suffrage means, Trump said: “Even the fat and old ones? How many of their votes count as one man-vote?

“I would not have said a lot of that shit had I known this. God damn it all to hell.”

He added: “You know some of them can do magic too? That’s why they used to make them go and live in caves.” 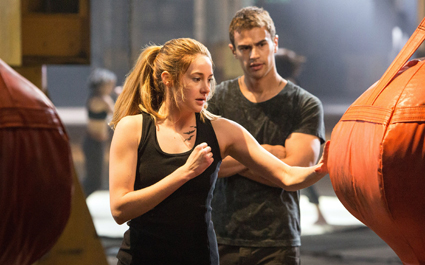 Hairdresser Helen Archer was accused of abetting the gentrification of her community when she tried to protest plans to turn a derelict pub into boutique flats for awful people.

Archer, of Hackney Citizens Against Gentrification, said: “Apparently, residents’ associations are very trendy these days, and using direct action to confront property developers might lead to us being mistaken for a collective of Japanese fashion photographers.

“Leafleting nearby streets is gentrification, writing to the council is definitely gentrification, and starting a blog about the destruction of local history is exactly the sort of thing a tosser in a corduroy waistcoat would do.”

Professor Henry Brubaker, of the Institute of Studies, said: “Once the gentrification of a deprived area has begun, everything that happens there is evidence of its transformation into a pretentious haven for entitled bastards.