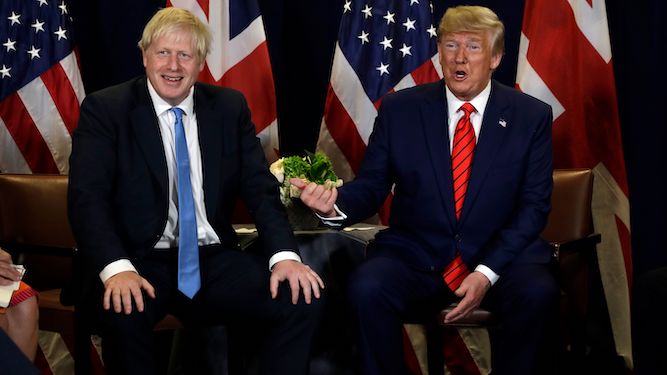 PRESIDENT Trump has spent three years getting away with murder but after ten minutes with Boris Johnson is now getting impeached.

The president, previously thought to be untouchable, made the mistake of sharing a press conference with the UK calamity yesterday and now faces impeachment proceedings because the bad luck rubbed off.

A White House source said: “We told him to stay well away from that assh*le. Guy’s a jinx.

“But he had to push it, so he takes a meeting with the pariah of Europe who’s suddenly getting caught for everything he used to get away with, and the curse jumps right across.

“Impeachment? Just for what, making military aid to the Ukraine dependent on smearing his opponent? That crap would have just washed off before.

“Johnson’s a Jonah. We’re cutting all trade ties with Britain immediately. They’re Iran to us now.”

Has anyone ever f**ked things up as quickly as Boris Johnson? 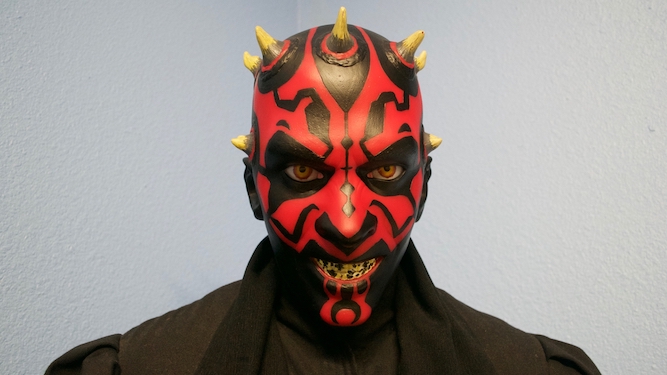 AFTER two months as prime minister, Boris Johnson has lost his majority, every Commons vote and his prorogation. But has anyone been worse faster?

The Conservative leader between 2001 and 2003, Duncan Smith was deposed by his own MPs when they decided he would probably even f**k up losing an election. A big backer of Brexit and coincidentally the last Tory leader to be elected by their rabid, frothing membership until the current one.

Kelly Brook on The Big Breakfast

Kelly Brook, or 32E Kelly Brook as she was known at the time, was awarded a job where all she had to do was smile prettily while Johnny Vaughan did all the work and couldn’t even do that without f**king it up. Killed the show in six months, which is six months longer than she lasted as a judge on Britain’s Got Talent.

Given his dream job as England manager when the FA had pretty much given up, Allardyce then proceeded to p*ss on his chips with exacting thoroughness by drinking a pint of wine and talking sh*t to undercover journalists. Still blames everyone else.

Trumpeted as a major villain, with his double-ended lightsaber and flashy somersaults, Maul killed one elderly Jedi before being cut in half and thrown down an exhaust shaft in his first appearance. In the worst film.

Spent five solid, useful working days creating the heavens and earth and all the marvellous creatures thereof. Then came in on a Saturday when he obviously didn’t want to, created Man, buggered off for a rest, and look what’s happened since.