THE United Nations Security Council remains deadlocked over which countries are allowed to kill Arab civilians.

Russia and China have vetoed a plan which would have stopped Syrian President Bashar al-Assad shelling the city of Homs, setting a dangerous precedent of allowing Arabic leaders to kill their own people and threatening Western domination of the Arab extermination market.

Experts believe the veto signals a challenge to the long-held British and American monopoly of Arab slaughter and that the Chinese now plan to move aggressively into this lucrative field.

A US State Department spokesman said: “Ten years ago it was the French trying to stop our invasion of Iraq, which has since proved to be an unprecedented, decade-long bloodbath of success.

“Now we’re supposed to watch Arabs murdered in the streets by guns, mortars, and rockets at the hands of the Syrian Army when they could be humanely executed by remote control. And we’re not even sure they’re killing the right Arabs.”

The US spokesman added: “We have to fight constantly for Israel’s right to kill any Arabs that look at them funny, and now this.

“Sometimes I wonder if the UN wants us to kill any Arabs at all.” 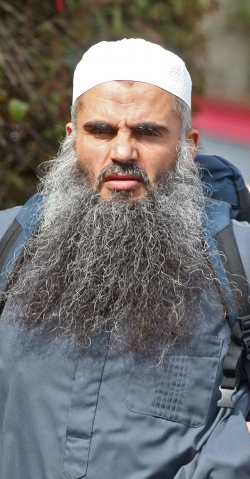 RADICAL Islamic cleric Abu Qatada is to overhaul British Islamo-fascism after being named as the country’s  first jihad ‘tsar’.

The bearded preacher, who supports the conversion or murder of all non-Muslims, will be paid £250,000 year to co-ordinate acts of terror, the introduction of Sharia law, the creation of inner-city no-go areas and the annual War on Christmas.

A Downing Street spokesman said: “Jihad is a major industry and one where Britain can lead the world. Without Islamic terror, entire communities of newspaper columnists would be consigned to the economic scrapheap. With vigorous new leadership we can create thousands of angry jobs.”

Qatada, who will be released from jail this week, is expected to hit the ground running with a busy schedule of outrages. He said: “It’s not about making a big noise, it’s about getting better PR for what we already do.

“Four angry Muslims spitting on a poster of Rachel Stevens makes the front page of the Daily Star and gives us the rest of the week to kick back. My guys are also planning to wipe their bottoms on Diamond Jubilee tea-towels, shout ‘cock’ during the two minutes’ silence, and pelt the Olympics with fish.

“We’re even going to get down old school and burn copies of The Satanic Verses. it will be an unforgettable summer of hate.”

Meanwhile, critics claim Qatada will simply be ‘yet another tsar’ who will do nothing except get cushy quango jobs for his cronies and justify himself on Newsnight.