DONALD Trump and the man who tells him what to think have confirmed they are delighted with their latest scapegoat.

Trump and his adviser Steve Bannon said it was ‘incredibly exciting’ that any terrorist attack on the US could now be blamed on judges.

Bannon added: “The crafting of a scapegoat usually requires a degree of patience, but this one has come together in a matter of days.

“I hope to be able to use it for a variety of purposes, including recession, civil unrest and any of the White House scandals that will almost certainly emerge. Perhaps I could even use it to justify one of the wars I want. Especially the massive one with China.” 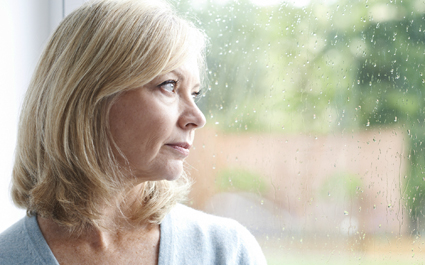 A BORED mum is under a month away from becoming pen pals with some American convict, it has emerged.

Joanna Kramer got divorced a few years ago, her kids have left home and she wants to do something that is a hobby but may even lead to a relationship.

Her son Ian said: “We have to accept that we either start inviting her round for dinner more or going round there for dinner more or she’s going to start writing to some guy called Marcus ‘The Roadside Strangler’ Davis who is currently based in Ohio state pen.

“And I get enough ballache from my actual dad without having to deal with a stepdad too.”

Joanna Kramer said: “All I said was those poor men in massive American prisons must have so much time on their hands.

“I expect they might like to read about how I went to Tesco last week but didn’t have a pound for a trolley.”

Kramer’s daughter Emma added: “Alright, we can have her round every other Monday as well as Thursdays and probably Sunday afternoons too.”