Beckham still less of a prick than other footballers

DAVID Beckham’s hacked emails have revealed that he is far less of a prick than most footballers.

Private messages revealed that although he can be a bit demanding and petulant, Beckham is at least not an aggressive sex pest or a racist bastard.

“Beckham might come over as a bit of a knob sometimes but he’s way better than most football men.

“He’s basically polite, has never punched anyone in a restaurant and would probably stop and lend you some jump leads if your car had broken down.

“Clearly his wife is a bit weird and they have far too much money. But if you’re making moral judgements about someone based on reading their stolen private messages, you might want to have a good think about that.

“Also Piers Morgan fucking hates him which is good enough for me.” 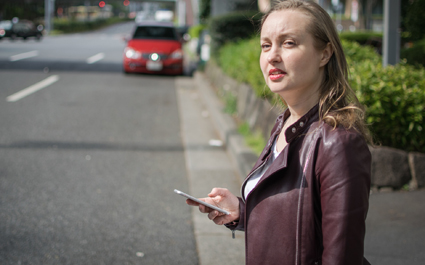 Emma Bradford vowed never to use Uber again after it tried to profit from a taxi strike like some kind of capitalist money-making business.

However, she decided to reevaluate her principles after realising that her trip home would involve three separate buses and the dreaded ‘Night Tube’.

Bradford said: “There is no app I won’t delete in the fight for social justice.

“But a 20-minute wait at Liverpool Street for a night bus that smells of doners and farts also offends my principles, and I have yoga at 8am.

“I downloaded Uber again in the doorway of a Chicken Cottage, the darkness hiding my shame. But that doesn’t mean I was wrong to make three separate posts about how silence in the face of evil is complicity.

“I’m still just like Rosa Parks, if she was consumed with the need to impress a load of judgemental hippies on Facebook. And didn’t like buses.”