We don’t give a shit who wins your pathetic bunfight, EU tells Britain

THE European Union has strongly denied Theresa May’s claim that the UK’s election is important enough for it to give half a shit about.

EU leaders categorically rebuffed May’s accusations that they had interfered in the British election, saying they preferred to pretend our pitiful playground squabble was not even happening.

European Council president Donald Tusk said: “Honestly, it’s an insult that she thinks I would even care.

“It’s not personal, Theresa. You seem astonishingly clueless and easy to take advantage of, true, but that is all of Britain at the moment.

“Interfere? Would a man pick sides in an argument with ants? Idiot ants, arguing about which of them gets to fuck up the anthill? Or would he ready his magnifying glass either way?”

He added: “Though we would miss your Boris. He knows, in his eyes, exactly how badly he has fucked up and that’s hilarious.” 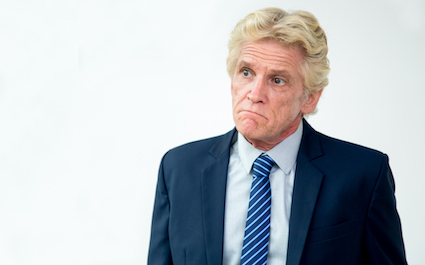 EUROPEAN leaders do not seem to realise the EU will collapse when Britain leaves, puzzled Britons have observed.

Many feel the EU is being oddly uncooperative over Brexit when it should be grovelling before the UK’s all-powerful service economy and WW2-winning armed forces.

“When we leave they’re up shit creek because there’s no way the 27 of them can survive on their own. Talk about living in a delusional fantasy world.

“They should be doing everything they can to keep us sweet, like sending us free supplies of their few good products like BMWs and Black Forest gateau, but oddly they’re not. I wonder why?”

Accountant Norman Steele said: “We’ll boycott European goods. Who needs croissants when you can cut slices of Mother’s Pride into crescent shapes and have them with Shippam’s meat paste instead of pate?

“I hope the Nazis take over Europe again so they remember how much they need Britain. I can’t actually tell whether I’m joking or not with this shit anymore.”