Welsh tourist board clearly using pictures of other places

THE Welsh tourist agency has been promoting the country with images of tropical beaches and the Taj Mahal.

Visit Wales came clean after a group of Japanese tourists spent a week trying to locate the Eiffel Tower in Cwmbran.

American tourist Stephen Malley added: “We went to Milford Haven so we could sip margaritas on a sun-kissed beach and dip our toes in crystal blue waters.

“Instead we got an oil refinery. Also, the language makes everyone sound as if they’re choking to death.”

A Visit Wales spokesman said: “We may have removed a few terraced houses and added the odd waterfall or Grand Canyon.

“We did wonder if people would be so disappointed that they would never come back, but then we realised that no-one has ever come back.”

The spokesman also insisted the adverts were not as bad as Visit Scotland’s, which make only passing reference to the Scottish people. 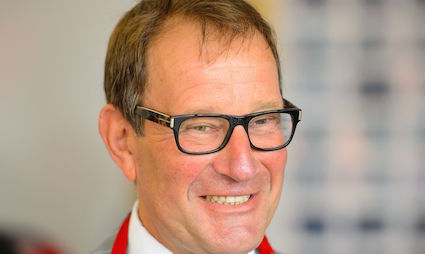 The billionaire pornographer and Daily Express owner felt that UKIP best reflected his portfolio of shows, which includes Spanking Totty and Ben Dover, The Old Fucker.

Desmond said: “If Nigel is elected I’ll cancel Asian Babes as I don’t imagine it’s the sort of thing he’d approve of.

“We’re working on more UKIP-friendly shows including Real Ale Housewives and Passport Control Sluts, which features a bevy of British girls deporting people for not having enough money and then lezzing it up to an Elgar soundtrack.

UKIP supporters have welcomed Desmond’s patronage, sharing a nostalgic view of Britain when everybody spoke English on the bus, televised softcore pornography was the only masturbatory option and the Daily Express was still considered a newspaper.

Desmond added: “Every time my viewers ejaculate to a bored woman from Southend pretending to be a punished schoolgirl, I want them to think of Nigel Farage’s face.”