What the f**k is a rain check? Seven baffling questions Americans should answer

THEY talk English, but there’s something deeply wrong with Americans and they should be stopped. Until they answer these questions:

Why do they take a rain check?

In America, a cheque is a check. Are they getting paid for rain? Where are they taking these checks and why? If it means ‘cancel a date’, why not say so? You’re already brash and rude by virtue of your nationality.

Why are their coins are all f**ked up?

In sterling, we don’t give coins nicknames. In America they do so obsessively. What’s a dime? What’s a nickel? What’s a sawbuck? Even Cockneys only do this bullshit to keep their iron grip on London’s lucrative market stalls.

Why is US baseball called the World Series?

Over here we grow out of playing rounders when we’re about nine, but Americans play it into adulthood and crowns whichever US team wins world champions. They don’t invite any other countries to take part in case they get their arses kicked at a kid’s game.

What’s the point of cheerleaders?

Why are there dancing girls? Is it just because it’s hard to get excited about American football, which is rugby with more safety gear and fewer bitten testicles? So scantily-clad women are necessary to hold the attention?

In America, people are arrested for jaywalking all the time. It seems to be crossing a road in an unauthorised manner, so land of the f**king free right there. Is this why they drive everywhere and they’re so fat?

Why do they call fuel gas?

Any fool can see that petrol is a liquid. It’s not advanced chemistry but a fundamental failure of the senses to call it a gas, like calling air a solid. Yet they persist.

Why the f**k is with them and guns?

Guns are dangerous, so the fewer there are the less danger. Except in America where guns are seen as vital protection against guns and regular shootings are an acceptable price to pay. Seriously, what the f**k is with that? Makes good movies though. 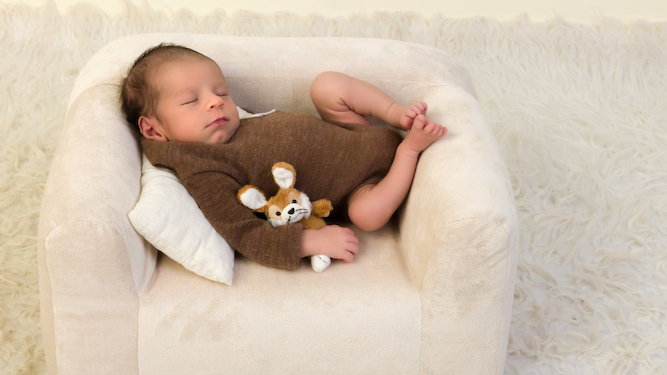 SHE’S been born and she’s got a name, but what else do we know about the eighth in line to the throne? Here’s every spurious factoid pulled out of our arse to keep you happy:

Born the traditional way out of a woman’s fanny in a hospital, three-day-old Lilibet is the younger sister of Archie Mountbatten-Windsor because Archie is a couple of years older than her and that’s how it works.

Weighing in at a breathtakingly average 7lbs and 11oz, the cutting of her umbilical cord was just the first of many Royal ribbon-cuttings the newest member of the family will attend. Though Royal experts have already described her wave as ‘unformed and gauche’.

The Mountbatten part of her name comes from Charles Dance, who played Lord Mountbatten superbly in The Crown. Parents Harry and Meghan are big fans of his performance in the series, and to a lesser extent Game of Thrones.

After leaving the hospital which will dine out on this for decades, Lilibet is said to be ‘settling in at home.’ This refers to the age-old practice of taking your baby to your place of residence and dealing with the subsequent crying, squirming, and lack of sleep.

No photos of the baby have yet been released and when they are they’ll be arty. If you want a sneak preview, mentally picture a generic looking baby that’s already wealthier than you.

So far the baby’s favourite meal is milk, and her favourite activity is screeching. In this she is thought to follow in the footsteps of previous Royal babies including her grandfather Charles, her uncle William and Henry VIII.

Still desperate for more hastily thrown together column inches about an innocent baby with 72 hours on the clock? Pick up the Mail’s 64-page collectable supplement this weekend.