William Hague thinks you're in Venezuela

YOU are probably in Venezuala, foreign secretary William Hague has confirmed.

Mr Hague revealed that, according to international intelligence sources and some guy behind him in the queue at Laura Ashley, you have fled.

The foreign secretary said you arrived in the middle of the night and are now having a cup of coffee in a Burger King in central Caracas while looking for a mid-priced hotel room.

“I can understand why you went to Venezuela as you have a lot of friends there but that’s no excuse for not facing up to your obligations.

“Nevertheless you should certainly visit the Simon Bolivar birthplace, the 16th Century Cathedral and, of course, Gauchos, this fantastic nightclub where the barmen wear nothing but cowboy hats and arse-less chaps. Yummers.”

Mr Hague said that until you come to your senses or the money runs out the Post Office will send you advice about redirecting your mail as well as a leaflet containing a few handy Spanish phrases.

Meanwhile the Foreign Office is also preparing a contingency plan just in case you are actually in the driveway of a large house  in Tripoli, sitting in a van while holding an umbrella.

Humans to stick with oil 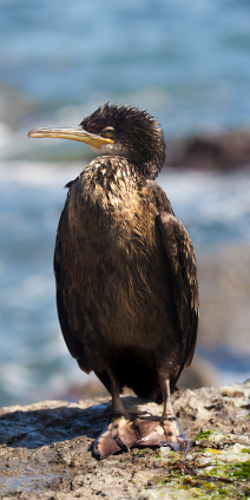 HUMANS are to continue to base their societies on a highly toxic substance that obviously costs far too much money.

As the price of oil reached yet another high for transparently artificial reasons, across the Earth humans vowed to stick with it even though it has clearly made their lives immeasurably worse in almost every conceivable way.

He added: “Vortex of uncertainty.”

McKay said the price of oil would continue to rise because and warned that if you stop using it people will think you’re weird.

McKay’s analysis was backed by Professor Martin Bishop, the Nobel prize-winning economist who first developed the theory that large companies could make a lot of money by charging whatever they felt like.

He said: “Oil is the basis of our society for four incredibly good reasons:  One, it is controlled largely by corrupt psychopaths in places like Libya, Saudi Arabia, Russia and Texas.

“Two, as it starts to run out it will become even more expensive leading to a series of exciting wars while we wait until there is none left before deciding to use something else.

“Three, every time the price increases it fucks up everything.”

“And four, it gives off lots of delicious carbon dioxide and has killed more than 248 billion fish.”

Bishop’s analysis was backed by everyone who stressed that without oil they would be rooted to the spot and would eventually die of starvation and lack of plastic.

Tom Logan, from Peterborough, said: “If there was even such a thing as solar power I would be against it. Mainly because it doesn’t smell of anything but also because the people who are in favour of it are homosexual.

“They put on bright red lisptick and kiss each other on the penis and then they all skip around a solar panel wearing fancy pink lace.”

He added: “I’ll die before I drive a car that likes bottoms.”