PRINCE William is to ease the growing tension with Argentina by borrowing his brother’s SS uniform.

As he embarks on a tour of duty in the Falklands, the Prince will offer the hand of friendship to Buenos Aries by piloting his large helicopter while wearing one of his family’s swastika armbands.

The Ministry of Defence said the Prince was ‘very keen’ to play a diplomatic role by emphasising Argentina and the Royal Family’s shared love of all things German.

A spokesman said: “If the Prince encounters any Argentine vessels while on patrol he will hover close to them, shout ‘ich liebe Frau Kirchner’ and then sing the Horst Wessel Song.”

Military historian, Denys Finch-Hatton, said: “It was one of Eichmann’s prized possessions and he would not have fled Germany without it. In a way it’s like it’s coming home.”

The move was welcomed in Argentina where many families still have fond memories of the SS.

Diego Boorman, from San Fernando, said: “It would be a shame to go to war with the British as I feel a tremendous kinship with Prince William. Our great-great uncles were very close ‘chums’.

“Indeed, I have a letter from King Edward to my Uncle Martin inviting him to Balmoral for a murder mystery weekend.”

The government hopes to build on the Prince’s mission by sending the Duchess of Cambridge to Buenos Aires wearing a lovely hat in the shape of Osvaldo Ardiles. 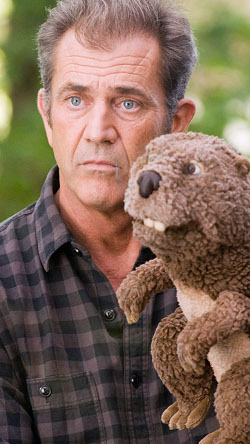 It’s been an exciting week for earth after taking a bit of a bashing from space.

The planet we thought was a sure thing is exposing a series of worrying weaknesses. I’ve seen this happen before to celestial giants and indeed there was a time Mel Gibson thought he was inpenetrable too.

Take last week’s near miss asteroid. With Mel’s advancing years and poor diet, he’s probably more familiar with asteroids’ grizzlier cousin, hemorrhoids – but that’s no reason for him to rest on his laurels. Given a large enough surface area and density, these seemingly tiny blobs I see through my powerful telescope could fast become gargantuan, inescapable balls of rage. Mel will tell you: they come from nowhere so be prepared.

But a bigger problem these days is worldwide electrical and satellite networks. An angry sun could take them out with one fiery belch, plunging us all into darkness. They were also severely disruptive for Mel when his Russian girlfriend used them to globally circulate evidence of his potty mouth and punchy fist.

Fortunately, there’s now a restraining order which prevents Mel going near her. The earth also has a restraining order in place, but it prefers to call it the magnetic field. It‘s best for everyone that the magnetosphere is there because without it, we’d be perilously exposed to a battery of Russian girlfriends. But unlike Mel, we’d have to negotiate them with our skin burning off and a phone that doesn’t work.

Whether it’s drunken racist rants or the aurora borealis, it’s fair to say Mel and the sun have spectacular periods of intense activity. People can’t help but be mesmerised – some simply gawp and point, others reflect on how tiny they are in comparison and some are lucky enough to capture it on film. It is something more often enjoyed by Northern Europeans and Alaskans than by equatorial peoples, which is a shame. But the next extreme outburst could leave none unscathed – and experts predict it will occur in 2013.

Space is terribly hostile and fraught with danger. Yet, I have long dreamt of being able to travel into it – and I know Mel would love it too because in space no one can hear you scream ‘fucking Jews‘ at the LA traffic police.