ITALY has bowed to the superior knowledge of Britons and admitted its signature meat sauce should be pronounced ‘bo-log-nays’.

The admission, by the Italian government, was greeted with victorious yelling by the millions of Britons who have stood by their pronunciation in the face of almost universal criticism.

Wayne Hayes, from Devon, said: “All my life TV chefs have said it should be pronounced ‘bollo-nyase’. It’s never sounded right, and I’m glad the Italians have admitted they were wrong because they were.”

Roy Hobbs, a fan of Italian specialities like Hawaiian pizza and Nutella-on-toast said: “If the Italians want us to pronounce the ‘g’ in ‘spaghetti’ they can’t pretend the one in ‘bolognese’ isn’t there. It’s illogical”.

An Italian government spokesman said: “We are deeply grateful to the great British brain for understanding our language better than we ever could.”

Britons are optimistic that they will now be able to change the official pronunciation of ‘espresso’ to ‘expresso’.

Fussy eaters are pain in the arse at DNA level 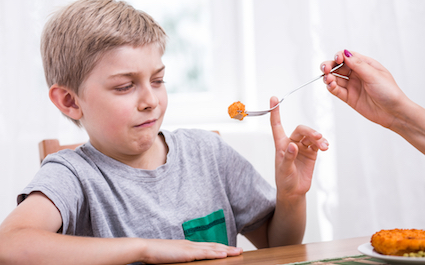 FUSSY eaters are an absolute ballache to be around at a genetic level, scientists have discovered.

A new study has shown that insisting the whole group go to Burger King because they cannot eat chips with skin on is actually in very annoying individuals’ DNA.

Dr Henry Brubaker of the Institute for Studies said: “Our research began when my lab assistant asserted she could not even try peri-peri chicken because she is ‘just different’, and has sadly justified that claim.

“These people actually have extremely irritating genetic code which means they have no option but make a scene if you dare suggest their mothers should have made them eat vegetables.

“Remarkably, it also makes them congenitally predisposed to being able to eat cakes or crisps or sweets without any problem and it’s not fair if you call them on it.”

Dr Brubaker added: “Next, I hope to prove that ordering two starters and the most expensive main then demanding the bill is split equally is inherited.

“These poor sufferers need our compassion.”