Yorkshire should be an independent state, says rest of UK

THE county of Yorkshire should become an independent state, the rest of the UK has urged.

Campaigner Kate Logan said: “Yorkshire will of course get its own parliament, although nothing would get done because they’d be too busy tossing each other off over how great they are.

“They’d say things like ‘My honourable friend, I put forward a motion that the sun shines directly out of all our anuses’ and it would get passed unanimously while their economy goes into recession”.

“To be fair, Yorkshire’s economy is twice the size of Wales but then again so is the ego of one single Yorkshireman.

“Sure, you’ve given the world the Yorkshire pudding. And we’re so thankful for that. But how does that give you the confidence of a man who’s shat himself on a first date and still expects to get laid?” 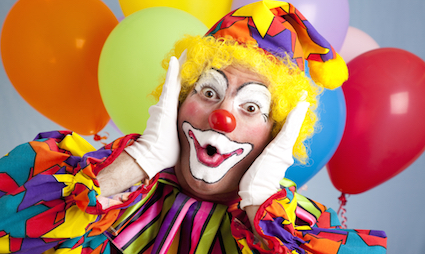 THE United Nations has changed Britain’s status to ‘clown country’, giving us the same international standing as a backfiring toy car driven by a dog in a fireman’s helmet.

Previously regarded as a major world economy, the UK is now internationally ranked below Italy at the height of Berlusconi’s Bunga Bunga scandal.

A UN spokesman said: “Boris Johnson has forced us to conclude the UK is now a gang of big-shoed goons with painted faces who lose to kangaroos in boxing matches.

“This is not a nation one takes seriously so much as one where visitors take ringside seats with candy floss and watch as the hilarious calamity unfolds.

“We are prepared to release up to £230 million for the construction of a striped tent spanning the UK if we can secure an agreement that any buckets thrown towards the international community will contain only confetti.”

Johnson responded: “This is an outrageous accusation, ladies and gentlemen, outrageous, and I shall crack my whip at anyone who suggests otherwise.

“And now, prepare to be thrilled by the incredible Priti on trapeze!”