6am wake-up, and other ways kids are weekend dickheads

CHILDREN are annoying enough during the week, but at the weekend they find new ways to irritate you. Such as these:

During the week it’s all you can do to drag your kids out of bed, wrestle them into school uniform and boot them out the door. On the weekends though they’re up at 6am with the TV on full blast and they’ve probably already set fire to something. That’s if they’re not punching you in the face and asking you why you’re still in bed.

Being bored and hyperactive

Weekends are a time of rest and relaxation. Unless you’ve got kids, in which case you’re subject to their capricious whims. These can range from providing them with unending entertainment to lift their moods, or restraining them as they dash around of the house in a hyperactive frenzy. Roll on Monday when they’re the school’s problem again.

Your own kids are tolerable because deep down you do actually love them. Other’s people’s kids can go f**k themselves though, especially when they’re in your house, eating all your food and breaking everything in sight. You can’t even tell them off either, unless you want to become the villain of a judgemental parents’ WhatsApp group.

Kids are too young to watch films that are any good, and to add insult to injury they’ll make you sit through their favourite movie several times on a loop. Before long you’ll be able to recite the likes of Frozen and Sing 2 from memory, which would be impressive if it wasn’t so useless.

To a child, pubs are dull places devoid of slides or ball pits. This means you can’t spend all day in a pub with a child, instead you have to take them to a soft play centre and piss away hours of your life. Their wellbeing is more important than yours though, so you have no choice but to suck it up.

Six tired, wizened old singers who really need to knock it on the f**king head 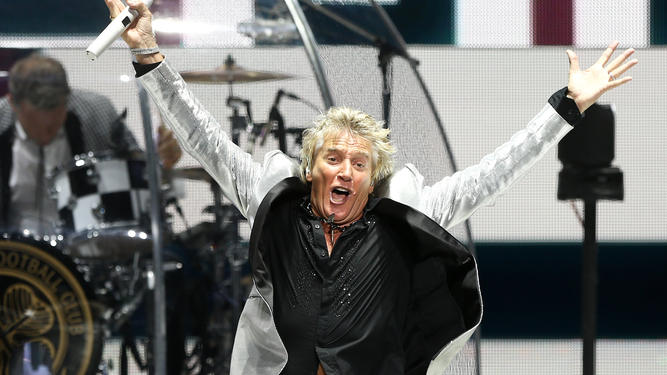 ROCK and pop music should be the preserve of angry, attractive young things. Here are six coffin-dodging has-beens who’ve long outstayed their welcome.

Rightly acknowledged as a legend for his past glories, but now he should be consigned to a retirement home where he can bore fellow residents to death – literally. That Grammy Lifetime Achievement Award in 2014 was a hint to call it a day he chose to ignore. Headlining Glastonbury this year, so you’d better really like the Hey Jude ‘na na na na’ bit.

Another old dog who won’t make a metaphorical final trip to the vet’s. Somehow touring again, with otherwise normal people spaffing a fortune to hear his handful of hardy jukebox perennials. Then again, we live in a country which voted for the most farcical charlatan in history as prime minister, so nothing surprises anymore. Has a sideline pestering his local council over potholes, which at least is age-appropriate.

Some classic hits, but her career was also shamelessly based on wankathon fantasies such as the Like A Virgin video. Sadly that’s literally a lifetime ago if you’re 38, and trying to disguise various body parts heading south with ever racier underwear is a bad idea. Not to mention the tooth grillz. Even rappers look shit in those, and Lil Wayne doesn’t wear them with a corset and thong, thank f**k.

Defied the odds by overcoming being born ginger and making millions from bland wine bar music. But that kind of lucky streak can’t go on forever. Now more like your mad uncle who lives in a caravan, he’ll eke it out for a good few years yet with compilations released at Christmas, just in case there are people out there who haven’t heard Holding Back the Years a billion sodding times yet.

Bruce rightly realised he’s reached an age where the long hair had to go. The only problem is that blathering on about ancient mariners and slaughtering daughters just looks silly when you’re 63 with a barnet like a bank manager. Time to leave the tight leather trousers at the back of the wardrobe, because you’re not exactly worrying about your pension contributions when you own a bloody plane.

Too young to class as ancient at 49? Possibly. Washed-up and out of ideas? Definitely. Has now revealed he needs a hip replacement, but is refusing surgery due to being too f**king delusional to realise age has caught up with him like it does with everyone else. Also… a hip replacement? It’s like Hendrix using a mobility scooter. Well, not Hendrix, he was really talented.