A canal barge, and other f**king stupid places to have a stag or hen party

DO you think 15 absolutely shitfaced people should be in charge of operating a lock? Then you’ll enjoy these stag and hen destinations.

Think a pretty cottage in a picturesque village will be the ideal place for a classy hen do? Think again. Even if you try and keep things civilised you’ll have smashed your way through four bottles of Aperol within two hours of arriving and the bride-to-be will be mooning the cricket match on the village green. Someone will call the police and you’ll be turfed out of the county once you’re sober enough to drive.

Boats are potentially dangerous at the best of times, so allowing a large group of pissed-up twats to be responsible for one is just stupid. If you don’t get the barge wedged sideways across the canal because you’re too drunk to figure out how the tiller works, you’ll capsize it in a lock. Best avoided in favour of a shit club in Cardiff.

Do you reckon going to Blackpool will be hilariously ironic? It won’t, it will be horrible. After a disappointing trip to the Pleasure Beach you’ll end up in a worryingly sticky pole dancing club full of other hen and stag dos, where you’ll drink several massive cocktails and either get into a fight or shag a stranger in the loo. Whatever happens, you’ll regret it.

Fancy going to a rundown farm in the middle of nowhere, being made to sign a waiver that says you can’t sue if you’re injured and let loose on a quad bike without being given a helmet? Great. Why not have a few beers first? Then you’re even more likely to be in a plaster cast on your wedding day.

Going abroad is enough of a faff without factoring in drinking heavily from the second you step into the airport. It’s pretty much guaranteed that you’ll offend the locals, break several laws that you don’t understand and end up in an Eastern European police cell for a night, before flying home with the mother of all hangovers.

Couple role-playing as strangers bond over complaining about annoying spouses 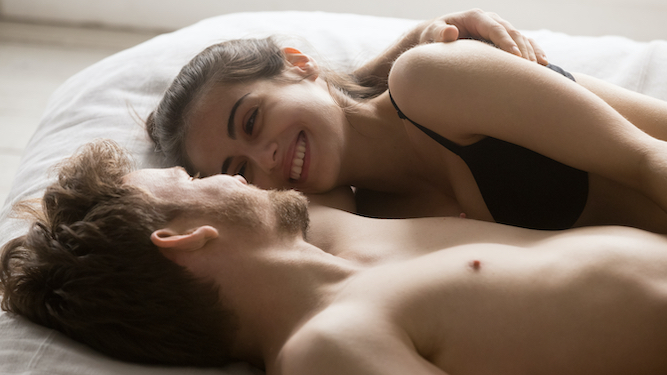 A COUPLE attempting to spice up their marriage by role-playing as strangers have connected by discussing how awful their partners are.

Tom and Nikki Hollis tried to reinvigorate their failing relationship by pretending not to know each other and were soon discussing the numerous failings of their respective spouses.

Nikki Hollis said: “It was so satisfying. I was able to moan at length about my husband’s habit of wearing white sports socks to bed. Honestly, I really went for it, like an untamed animal with years of petty matrimonial resentment stored up.

“And then he got stuck into talking about how his wife eats really noisily with her mouth open, like a bulldog sucking yoghurt. He really went to town on her and afterwards said he hadn’t felt so free and liberated in years.

“Sadly, it all went downhill when it came to the actual sex as he had annoyingly similar moves to my husband Tom. Still, that marathon session of slagging him off is going straight in the wank bank.”

Tom Hollis said: “Pretending not to know each other was the best time we’ve had together in years. I’m wondering if I can somehow develop amnesia. That way we might get another five years out the marriage at least.”