WERE you an ad executive at some time in the last few decades? If so, you have an a lot to answer for given these insane slogans.

If you run a company which, presumably, would like to make money, alienating half of your potential customers seems like a left-field move. While the adverts were a huge success at the tail end of lad culture, in the age of the incel they just seem a bit sad.

People into computers already had a reputation as lonely bedroom masturbators even before Sega waded in with this slogan. While intended to be tongue-in-cheek, all it did was convince another generation of parents that video games were the preserve of perverted degenerates.

The Eastern countries of the world include not only the Middle East but also places like China, Japan, Tibet and Mongolia, all of which have fascinating histories and rich and varied cultures. However, it seems Fry’s were convinced you could evoke all of this with some worryingly pink goop encased in low-quality chocolate. They were wrong.

‘The best a man can get’ – Gillette

What an awfully low bar to set an entire gender. If the best thing that ever happens to you is owning a razor with three blades – four if you’re willing to spend an extra fiver –  then something has gone horribly wrong in your life.

‘A newspaper, not a snooze paper’ – The Mail on Sunday

The Mail on Sunday wanted everyone to know that it was full of exciting, salacious stories and grainy, long lens shots of minor celebrities wearing swimming costumes. Maybe they couldn’t think up a catchy slogan that encapsulated the way in which their brand of journalism would contribute to the collapse of functional democracies.

The advert, which featured a woman in a gondola and parodied the Cornetto adverts of the time, was great. The issue here is anyone thinking it was reasonable to describe a flat, pissy ale with too much head as ‘gorgeous’. Disgraceful.

Six films where love saves everything, unlike in real life 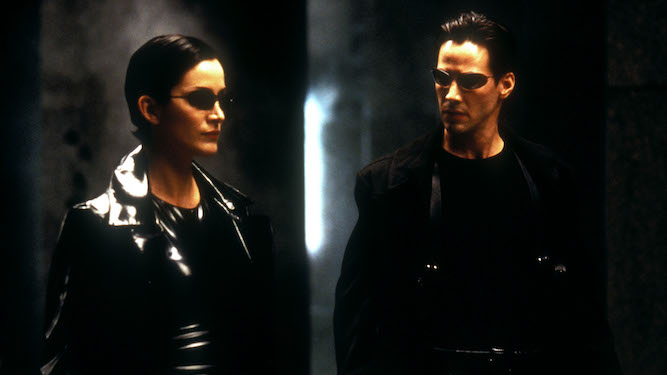 IN movies love is the great solution that saves lives and worlds, unlike in real life where it’s kind of a pain in the arse. These films lie:

Everything in the Matrix is code, including Trinity reviving Neo by telling him she loves him, so love is nothing but a sophisticated cheat code, like the Konami code or an infinite lives POKE on a ZX Spectrum. It’s more interesting than the humdrum reality of watching telly with your wife, and you don’t even get to have Neo’s powers, looks and coat.

Harry Potter and the Philosopher’s Stone

At the very last moment, as if badly-written, Harry’s life is saved because his parents placed a hitherto unmentioned love protection on him and the baddie dies. Your parents are pretty fond of you but it doesn’t even protect you from a stubbed toe.

Thanos gets hold of the Soul Stone by killing his beloved daughter Gamora. Granted that’s only solving everything from Thanos’s perspective but he’s happy. In actuality, killing someone you love gets the much same sentence as killing a stranger.

Giving Freddy Krueger a big kiss combusts him to ashes if you love your boyfriend, in a strong incentive for teenagers to have full physical relationships. You sometimes wish your boyfriend would burn up and be replaced by your teenage sweetheart when you kiss him.

Even fancy films, though sheer dogged misunderstanding of all quantum science, decide that a father can contact his daughter through time from sheer love. Your dad never rings, and when you do he just picks up the phone and says ‘I’ll get your mum, love’ before walking off shouting ‘Sheila?’