A hamper and champagne flutes: the competitive items to bring to your middle class picnic

ARE you an obnoxious middle class prick keen to be superior to your friends? Then take these to their picnic:

While everyone else slums it on blankets on the ground, you’ve brought old-fashioned deck chairs that take ages to put up, allowing you to make a big song and dance about how wonderfully vintage they are. They’re also f**king uncomfortable, but you aren’t going to mention that.

Your friends have turned up with clingfilmed sandwiches, crisps and a pack of Tesco miniature scotch eggs. This gives you a great opportunity to lord it over them by swanning up with a giant picnic basket stuffed with treats from Waitrose that you’ve just blown £60 on. You only use the stupid wicker thing once a year, so you’re going to milk it for all it’s worth.

‘Just because it’s a picnic, we don’t need to be uncivilised,’ you say loftily as you unpack a wine cooler and proceed to fill it with ice from your cool box. After ten minutes in the sun you’re left with a tin bucket full of warm water and dead wasps, but as least you got that special moment of feeling like a smug prick as you slid your bottle of sauvignon blanc into it earlier.

You’ve severely misjudged the vibe of this picnic and imagined some kind of royal garden party. Instead, your friends were basically inviting you to have some cans of cheap continental lager in the local park. Console yourself that most passers-by won’t be able to tell that it’s warm Stella you’re sipping in your pretentious flutes.

The majority of people at the picnic are using it as an excuse to get pissed during the day in a park, and the addition of food allows them to feel like they aren’t borderline alcoholics. They’ll make do with a burnt sausage on a napkin while you’re fannying around with knives, forks and china, and they won’t have a load of stuff to cart home and wash up afterwards. 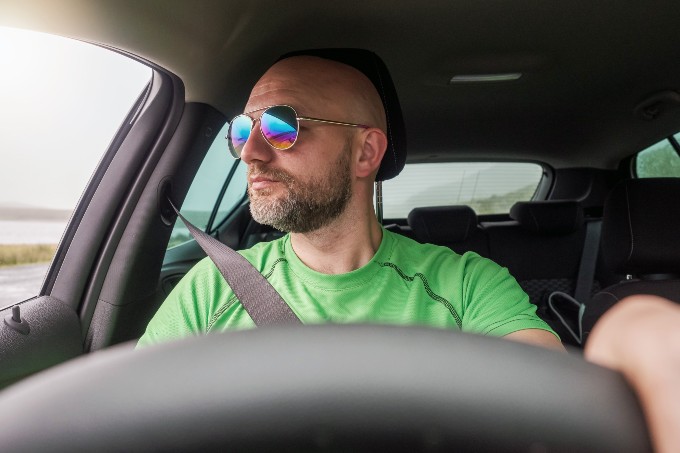 A MAN with an underwhelming cock is making up for it by polluting the planet as much as he possibly can, he has confirmed.

Muir said: “Of course I eat meat for every meal, even breakfast, which is a right faff when I just want a coffee. Everyone knows that vegans are wimps and also all gay.

“And don’t even get me started on wankers who drive electric cars. I’d ram those f**kers off the road if I didn’t risk damaging my brand new SUV, which is perfect for navigating a city full of narrow roads and parking on the pavement.

“Ultimately I’d like to have kids, as that’s the easiest way to carry my carbon footprint on through endless generations, plus it will prove to the world that I do have a functioning penis, even though it’s on the small side.

“The whole point is leaving the biggest and most irreversible impact possible. I want my own flesh and blood basking in 50 degree British summer heat and participating in food riots.

“Procreation is the purpose of life, even if that life is miserable and short because I wanted to go on five foreign holidays a year.”