A minimalist tree, and other middle class ways to suck the joy from Christmas

WANT to have a ‘sophisticated’ and therefore utterly joyless middle class Christmas? Try these tips.

Just because something’s traditional, it’s not necessarily good. Opening a tiny cardboard flap to reveal an even tinier depiction of a Judean shepherd looking at a star or similar nonsense is a dreadful way to start your day. Children expect to start every day in December with some chocolate, so you can piss off with your tasteful pictures.

Instead of a normal, tacky, tinsel and fairy light-covered tree, you spent close to a grand importing a spruce from Norway that’s decorated with 10 plain glass baubles and some Aga-dried blood orange slices strung on natural jute twine. Congratulations, all your children now hate you.

Christmas is mainly for kids, and they like their presents wrapped in the cheapest, gaudiest paper possible because it looks exciting under the tree. They don’t care if you’ve spent £11 a roll on tasteful, high-quality brown parcel paper and hand-tied the luxury velvet ribbons yourself. They’ll rip it off without a second thought, which is exactly what it deserves.

Now your kids are old enough, you’ve suggested homemade presents rather than ‘wasting money’ on things they actually want. Unfortunately Christmas is all about consumerism, and you’ll learn your lesson when you see the disappointment on their faces as they unwrap a poorly knitted scarf and ask when you’re going to learn how to make a PS5.

Choosing your turkey on a farm

In your ruthless quest to feel morally superior to everyone around you, you decide to ethically source your turkey and drive your family to an organic, free-range turkey farm in the Cotswolds to choose one. There’s nothing more festive than serving up the roasted body of an animal your kids picked out because it was cute and telling them to eat it.

Princess Peach, and other video game characters that you weirdly fancied 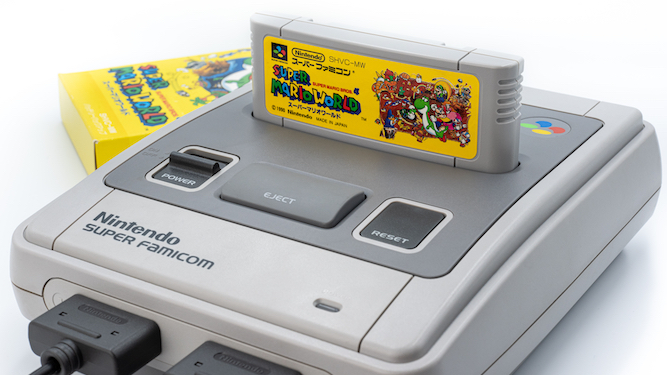 DESPITE them being made up of about 40 pixels, your adolescent brain found a way to fancy these characters from 90s video games:

Way before she was portrayed by Angelina Jolie and became an acceptable sex symbol, you were obsessively fantasising about Lara Croft and her alluring cuboid breasts. Of course you could never tell your friends that you had the horn for a tiny digital woman who murdered dinosaurs, so you just pretended to fancy Posh Spice like everyone else.

Yes, she was little more than the outline of a vaguely female form with no discernible facial features wearing a hot pink dress and a crown, but that didn’t stop your dirty little teenage brain going into overdrive. Unfortunately for you she seemed to be in a complicated relationship with an Italian plumber. Although sometimes you had weird thoughts about him too.

The idea of a former police officer forced to murder swathes of zombies created by an evil pharmaceutical company might not sound like something that would spark a sexual awakening. However, that didn’t stop your teenage self, tragically unable to get any attention from the real-life females at school, from considering this poorly rendered cyber-lady as an object of lust.

As if being attracted to a computerised person wasn’t embarrassing enough, you somehow managed to get the hots for an eroticised digital fox. While everyone goes through weird phases as a teenager, it’s probably best that you never, ever tell anyone about this.

Despite being an elf who spent most of her time incarcerated by kidnappers, as well as just being a piece of code in a video game, you dared to dream that you could somehow make it work with Princess Zelda. While you mostly got over this bump in your adolescent development, you’ve maintained a soft spot for anyone with excessively pointy ears.