Are you being gentrified? Take our quiz

WORRIED that you might be a victim of the gentrification usually reserved for areas of cities? Find out if you’ll soon be priced out of your own life:

How would you describe yourself?

A) Up-and-coming, a bit rough around the edges, but with eclectic and quirky interests
B) Cheap, grimy, basically shit

Where do you see yourself in five years?

A) I’d like to pursue my passions of grafitti art, livetweeting coffees, hipster veganism and vaping
B) I’d like to think I’ll still be around, if I can cut down a bit on my drinking

A) Anything written by Ken Loach, anything Iranian, or The Adventures of Buckaroo Banzai Across The 8th Dimension
B) Fast & Furious 6, after that the franchise goes bollocks

A) Any unique delicacy perfected by a close-knit immigrant culture, just begging to be sold on a slate at twice the price
B) Day-old chips

A) Mykkle runs an art gallery from his electric scooter dealershop, and Xtina is an artisanal latte foam artist
B) Gaz and Macca are the same twats I’ve know since school

How much would you charge to rent you for a month?

A) £550 at the moment, but that might be going up. I’m getting a lot of offers like this
B) Six pints

Mostly As: I’m afraid that you’re both perpetrator and victim of gentrification. Soon your features will be distorted into the permanently self-satisfied grin of a Guardian reader, and you’ll have to ride a single-gear Dutch bike. And you’ll like it.

Mostly Bs: You’re not being gentrified, but don’t get complacent. The moment you show a single redeeming quality the developers will be on you like rats on a deconstructed shish kebab. Knock a couple of front teeth out so they’ll keep a safe distance.

How to be a sneering dick about stuff you haven't seen 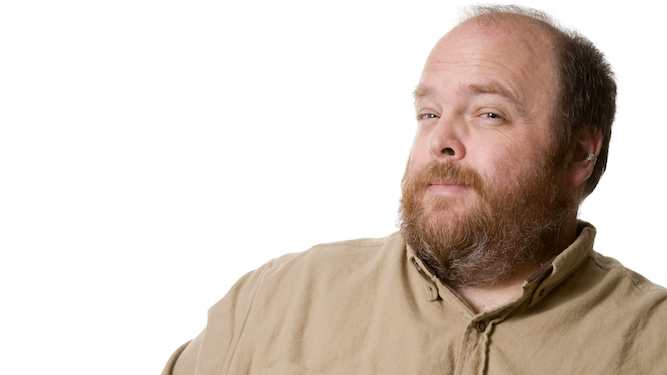 IS YOUR superiority to others based on not consuming the same media as them? Nathan Muir flaunts his iconoclastic ignorance of perfectly enjoyable things he hasn’t seen.

I’m told these are ‘fun’, if that’s what you look for in cinema. But I’ve noted there are lots of them, they’re popular and with their Hulks and Iron Men and Doctors Strange clearly unrealistic. You wouldn’t find mutants, gods and epic battles in the work of the Bard of Avon.

Apparently very funny. So not for me. I pay a BFI subscription and grimly labour through low-budget, rambling Brazilian indie films about HIV in the favelas. They’re more impressive to mention in conversation, even if no-one has come over for film night in 20 years.

It’s hard to be unaware of a cultural phenomenon like Star Wars, but I claim to be. Every time someone says ‘R2-D2’, ‘Chewbacca’ or ‘Maz Kanata’ I giggle at their absurdity. I feel this marks me out as a highly cultured intellectual and not just a massive cock.

Apart from the savage purity of early Felix the Cat, no. The Simpsons, Rick & Morty, South Park: all for children and safely dismissed as a genre because cartoons now are surely still rubbish like Penelope Pitstop from 1969.

I can’t just enjoy a well-made sci-fi horror film for straightforward entertainment and then watch a more weighty film on another occasion. That would be prostituting my exceptional intellect. It’s a shame because I’ve heard it’s rather good.

Do you know how much f**king effort it’s been not watching a single Tom Cruise film in four f**king decades? I airily declared ‘No, I’ve never watched a Tom Cruise film and never will’ in 1993 because I didn’t think he’d last. He’s still bloody here. Now if you’ll excuse me, tonight’s double screener is The Hunger and The Hands of Orlac.