A TOTAL ars*hole couple demand that everyone remove their shoes before entering their home.

Emma and Marcus Bradford recently invited their friends around for dinner and drinks without any warning that they would be be forced to spend the night in socks or barefoot.

Carolyn Ryan said: “They stopped us in the porch and ordered us to remove our shoes like we knew the rules when we agreed to attend their foot fetishist party.

“I was wearing new boots so hadn’t worried about the old Christmas socks with a hole in the left toe I had on underneath, which promptly became the focal point of my outfit for the evening.

“But I got off lightly. One guy clearly had athlete’s foot and Kelly had matching bunion plasters. The whole place stank of feet. It put me right off my veal parmigiana.

“I wouldn’t mind but they haven’t even got special carpets. And if you’re going to make everyone walk round shoeless, hoover up first? I had bits stuck to my heel.”

Hostess Emma Bradford said: “It’s a psychological thing that allows us to establish dominance right from the outset. Our house our rules, bitches.”

The sex swing was in Frogmore Cottage already, says Harry 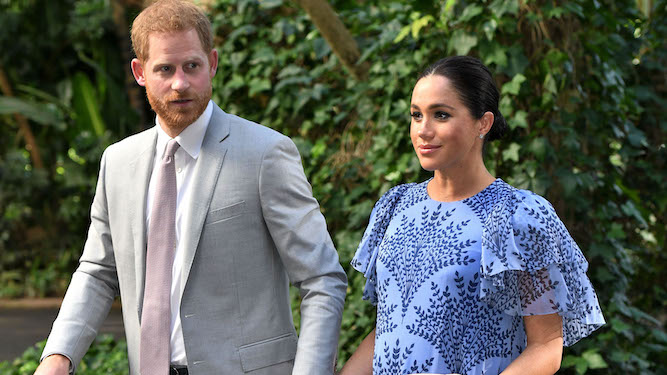 PRINCE Harry has defended a 360-degree spinning sex swing installed in his royal residence by saying it actually dates back to the 1930s.

The Duke and Duchess of Sussex have been criticised for the £2.4m renovations to their home, including £85,000 spent on the vintage sex apparatus.

Harry said: “Nobody’s sure quite who had it installed, but certainly it’s now part of our country’s proud heritage.

“Monarchs, prime ministers, JFK; they’ve all come to this wonderful residence, seen this marvellous sex swing steeped in history, climbed on and had a good old go.

“Sadly it had become rather dilapidated over the last couple of decades, and it’s had yellow tape and cones around it since Tony Blair suffered that dislocated hip in 2007 so we thought it was high time the old girl had a makeover.

“It’s got all new elastic, the original goat leather’s been expertly restored, and we’ve had more than 18,000 Swarovski crystals sewn in to really make it sparkle.

“I promise you it’s well worth the money it’s cost you, even though you’ll never, ever see it. Do we use it? We’ve got a month-old baby. We barely get any use out of our bed.”