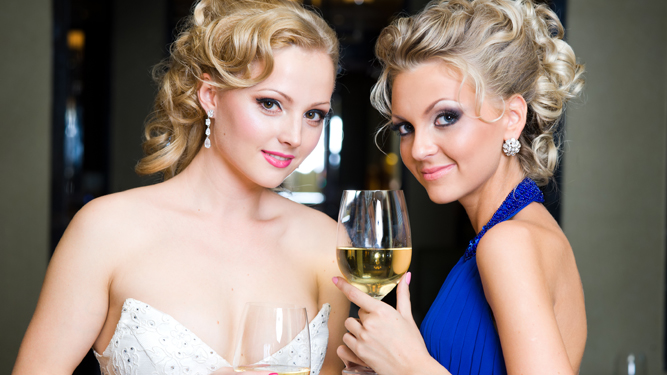 A BRIDESMAID is subtly pushing her friend to make more and more unreasonable wedding demands so her post about them will go viral.

Carolyn Ryan only agreed to be Francesca Johnson’s chief bridesmaid so her Bridezilla posts would build her profile, but is disappointed with how reasonable her friend is being.

Ryan said: “The band she’d booked pulled out, and she just booked another one? That’s not boosting my Instagram. I need tantrums.

“So I’ve booked her fiancee in a Sofia lapdancing club, cancelled her cake, and every time we get together I make her watch another Kardashian wedding and whisper ‘You deserve that.’

“There are promising signs – she gave a florist a hardcore bollocking yesterday – but we’re still some way from the full-on frothing insanity that gets a Facebook post in Mail Online. She needs to up her game.

“So I’ve sent an email from her account banning all family from the ceremony unless they give her a grand in cash each. That should be at least a start.”

Bride Johnson said: “I’m waiting until Carolyn’s paid £300 for her dress, then I’m changing them all to peach. That should get me a freakout I can monetise on YouTube.”

Working-class people should be proud of their gnomes, says May 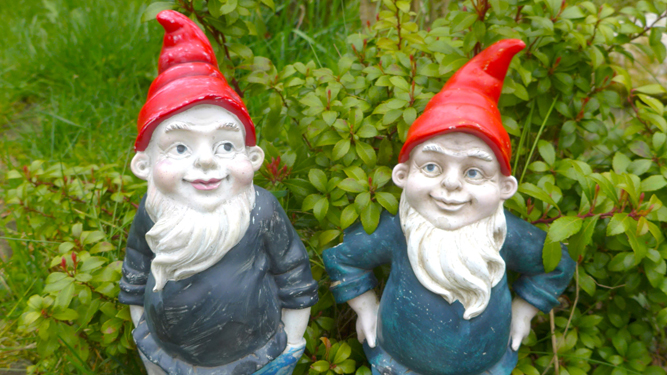 THE prime minister has said that working-class people should be proud of the amusing garden gnomes they choose to decorate their homes with.

Theresa May, while standing in the garden of a two-bedroom terraced house trying not to touch anything, told press that the stigma of filling a garden with pottery statues must be stamped out.

She continued: “For too long gardening has been the preserve of middle-class Radio 4 listeners who plague Gardeners’ Question Time with meandering inquiries about north-facing sandy soil.

“Gnome owners have been laughed at. Their children have been bullied in school. Their precious red-hatted companions have been arranged in sexually suggestive poses by late-night drunken vandals.

“But there is nothing to be ashamed of in these charming little fellows, pushing wheelbarrows or whimsically fishing. They are not morally inferior to a lamprocapnos spectabilis, no matter what anyone says.

“Why, the Conservative prime minister John Major filled the garden of Downing Street with gnomes, and we’re very proud of him and haven’t tried to airbrush him from history at all.”

After her speech May was shown an especially comical ‘mooning’ gnome by the homeowner, and had to be immediately rushed to her car.