'Cockwomble' and other annoyingly overused insults that should f**k off

IF you spend even a small amount of time online, you’ll find people throwing around bum-clenchingly lame insults they think are riotously funny. Here are the worst.

Compound insults have spread across the internet like wildfire, with their users thinking they are hilarious and highly original even though every other twat is doing exactly the same. Cockwomble appears to have been one of the first and has a lot to answer for.

Even more annoying than cockwomble is wankpuffin, which is so insufferably twee and smug that it’s basically the Cath Kidston of insults. Used by the type of dickhead who also says things like ‘You, sir, have just won the internet’.

A primary school level insult, libtard is used by frothing right wingers in place of an actual argument to insult people who disagree with them. If you don’t like someone’s views, calmly and maturely call them a bellend and be done with it.

This catch-all insult is used against a huge group of people who were accidentally born between 1946 and 1964 but are somehow to blame for all the world’s ills. When someone older than you pisses you off, call them a miserable old f**ker instead.

Whether they’re left wing, right wing or an actual self-professed fascist, people sling the word Nazi at each other willy-nilly nowadays. Maybe it should be kept for the only people who were Nazis, which is the Nazis. 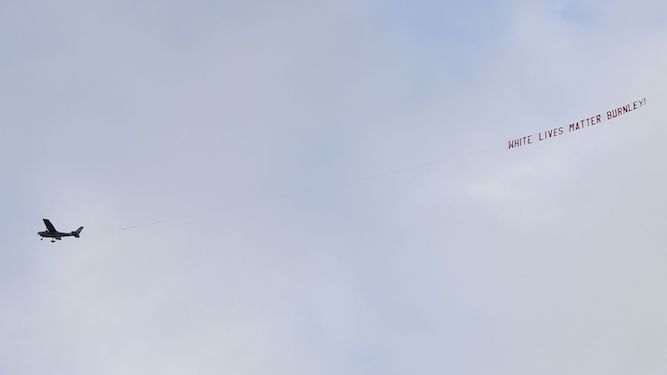 A MAN asked to explain what the phrase ‘white lives matter’ means was unable to give any explanation that was not bullshit.

Martin Bishop has started saying it regularly, but when questioned by friend Tom Logan could not give specific examples of white people being in danger.

Logan said: “Martin’s been on about white lives mattering for a couple of weeks, and that wanker who chartered a plane with a banner has just made him worse.

“I suppose he could be referring to the violence suffered by white farmers in South Africa and Zimbabwe, but the only time he’s mentioned Africa before was when we were talking about Lynx deodorant.

“He totally failed to come up with examples of white British people being persecuted. He wasn’t even clear about who would be doing it. I’m as white as a Warburtons loaf, but I’m starting to think ‘white lives matter’ may be bollocks.”

However Bishop said: “White Lives Matter is about old sitcoms not being banned and statues no one had heard of before not being respected. Seems like a pretty clear threat to me.

“It’s definitely not being racist in a weird, sneaky way. All I’m trying to do is protect our culture of Basil Fawlty and chips.”