Couple return from holiday to discover their house smells weird

A COUPLE returned from holiday to discover their house smells weird, it has emerged.

Tom Logan and Emma Bradford’s returned from a blissful fortnight in Florida to the shocking discovery that their house smelled like a strangers’ house.

Logan said: “At first I thought the fridge had broken and decomposed lettuce juice leaked out. The stink is somewhere between rotting spring vegetables and, weirdly, TCP, which neither of us uses.

“But now I’m starting to think that our house always smelled  weird, like other people’s houses do, but we were used to it.

“The thought of guests mocking our house for its weird smell is almost too much to bear. I bet they mentioned Febreeze and feminine hygiene.”

Bradford said: “I thought there was something dead under the floor but I believe it may be our combined ‘people’ smell plus the weird aroma of warm carpet.

“It’s like a hospital crossed with sweaty balls. Is that the smell of humanity?” 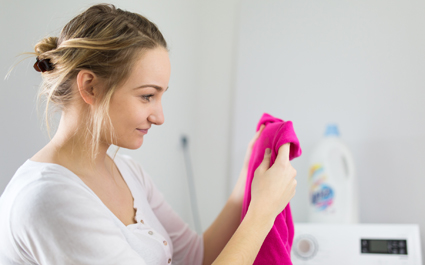 A WOMAN who thought adult life would be exciting spends more time smelling things before putting them in the washing machine than she would like.

Eleanor Shaw achieved her childhood dream of becoming an entertainment lawyer and yet has not managed to escape doing household tasks that are both unpleasant and a bit strange.

Shaw said: “When I was little I imagined adult life would mainly involve wearing a suit with shoulder pads and drinking cocktails in the bath, though I suppose I was under the influence of Dynasty and Kylie Minogue at the time.

“Every so often I’ll have a moment of sudden clarity and realise that I’ve just used up 40 minutes of my life pulling various types of hair out of the plughole or wiping humous out of backpacks.

“Why do I have to do this shit? If we’re intelligent enough to work out how to map the human genome, why can’t we invent a robot that does all of this nonsense for us? The furthest we’ve got is fucking Siri.

“She may be able to order some more toilet roll but until she can wash the weird gunk out of the compost bin I’m not interested.”