A COUPLE who went on holiday to New York are making sure everyone knows they stayed in the ‘coolest’ area, Brooklyn.

Nathan Muir and Donna Sheridan are unable to recount any part of their holiday without stressing that it took place in Brooklyn, as if anyone ultimately gives a shit.

Muir said: “New York is amazing. We could see the Empire State Building from our Air BnB in Brooklyn, which is like the cool part of the city. Which is where we were. Brooklyn.

“Brooklyn is where the best pizza and coffee is. I feel like I’m an honorary Brooklyner now. They have craft beer, which you don’t get in the UK. Lucky we were in Brooklyn.

A spokesman for the New York tourist board confirmed that visitor numbers to Brooklyn increased after the 2014 craze for beards, trendy beers and shit art films brought an unprecedented amount of bellends together in one place.

How to be incredibly annoying at work 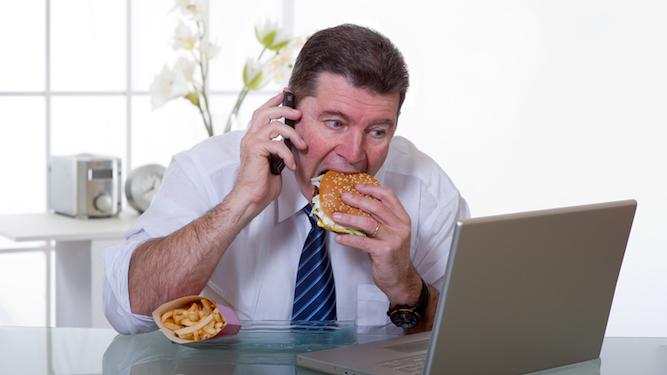 DO you like pissing off colleagues with your incredibly annoying personal habits? Here are some great ones to try – if you haven’t already!

Slowly drive your co-workers into a state of silent rage by sounding like Darth Vader or a serial killer leafing through polaroids of his victims. Up the ante by combining it with eating. A tuna baguette being noisily masticated somehow makes it far worse.

At first colleagues will be sympathetic to relationship problems. But after you scuttle off for the 1,000th time whispering “Shelley, I did not say that…” on your mobile they’ll definitely be thinking ‘FUCK OFF! FUCK OFF! FUCK OFF!’.

Hair-flicking, nail-biting and bollocks-scratching are all great. Take it to another level by actually inserting ear drops at work and studiously removing the unclogged ear wax.

Wear headphones all the time

Cut yourself off in your own sonic bubble so that co-workers have to awkwardly gesture at you several times if they need to speak to you. When someone takes an interest in your presumably interesting music tastes reveal it’s just The Best of Phil Collins.

Take the piss with personal stuff

Leave the office for reasons such as: taking delivery of a chiminea; your five-year-old’s vitally important sporting event; something at the bank. Scoot out at 2pm and don’t return, as if – as suspicious minds may conclude – you are putting your feet up with a glass of wine and enjoying an extra few hours of ‘bonus holiday’.