A CYCLIST travelling along country lanes has achieved a new personal best by creating an incredible 64-car queue behind him.

Julian Cook, aged 36, admitted that he had hoped to beat his own record but had never expected to smash it by more than 30 cars.

He said: “I’d planned my route carefully, of course. All country lanes, all nice and narrow, all popular shortcuts on sat nav. It’s a nice sunny weekend but honestly I hadn’t set my goals beyond 20 cars and maybe a tractor.

“When I was climbing the hills I could tell I had a solid following because of the beeping, so I made sure to ride in the centre of the road so they could check out my lycra-clad arse pumping away as they crawled along in first gear.

“Just think of the number of pub meals booked I ruined, the number of National Trust visits cut short, the blood-boiling frustration that will have spoiled so many days out. All because of one heroic cyclist.

“I was so pleased I treated myself to a new bike. Which takes me to a new personal best of nine.”

Child should not be learning martial arts 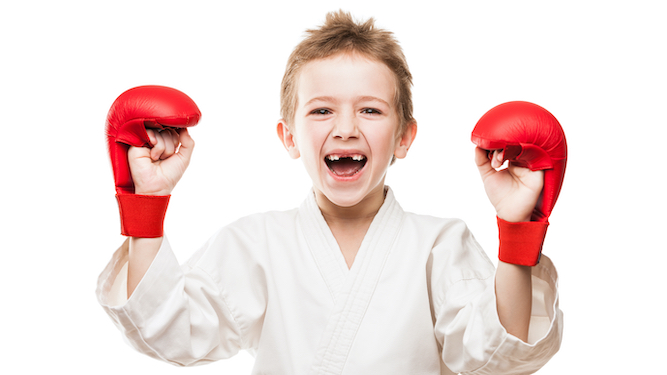 AN already aggressive child is taking lessons in how to punch and kick people more effectively.

Eight-year-old Oliver O’Connor, who treats violence as play, recently took up Taekwondo as an after-school activity, to the horror of teachers, parents and other children.

Mum Eleanor O’Connor said: “We tried him with the guitar and trampolining but he kept getting described as ‘rambunctious’ at best and and ‘a f**king menace’ at worst. However, he has to do something because if he’s home every evening, I’ll have no choice but to turn to drink.

“So we went for Taekwondo and he’s taken to it like a duck to water. He said the other day that the helmets and pads are for wusses as his opponents’ bruises don’t even last a week, which would have been worrying if I hadn’t turned the radio up and pretended I hadn’t heard.”

“I guess encouraging his frightening natural propensity for violence is just storing up problems for later, but if it gets him out of the house for a couple of hours, I’m all for it.”