Deluded friends still believe they can meet before Christmas

A GROUP of deluded halfwits still believes, with a week to go until Christmas Day, that they will all find time to meet beforehand.

The friends have been trying to arrange a place and time to meet since mid-October but despite it being quite clearly a lost cause, have refused to give up hope.

Joanna Kramer said: “The last message on the WhatApp group was ‘Oh well, back to the drawing board, what about brunch on Monday?’ Even Corbyn supporters are more realistic than this.

“Rebecca works four days a week in London but has to be back for the childminder, except Friday when she has work drinks. Emma is free most days but doesn’t like public transport and also won’t drive in the dark.

“Nikki is going to Germany for Christmas and needs to sort things out beforehand, and Francesca is busy at the weekends but can make Monday at around 6pm. There’s six days left. It’s not going to happen.

“But when I tried to suggest that, all variables considered, the next practical date would be April 6th I was shouted down and told to stop being negative. I think it’ll be quicker just to make new friends.”

Nikki Hollis said: “This is getting ridiculous. What have we said about Friday morning?”

Heroic man cycles to work even when it's raining 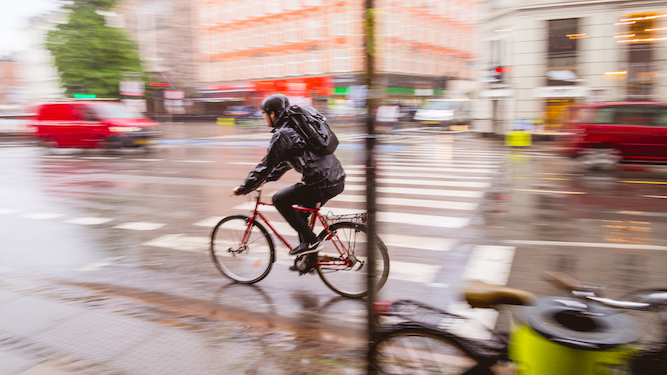 A TOTAL hero still cycles to work even when it is cold and raining, he has confirmed.

36-year-old Tom Booker was seen on his usual three-mile cycle to his office despite the inclement weather, prompting passers-by to bow their heads in awed admiration.

He said: “This week’s seen off the last of the fair-weather cyclists. Terrified by a couple of centimetres! Not me. I’ve got a monthly mile record to beat and £600 worth of wet weather gear.

“Yeah, I do get puddle water in my mouth sometimes, but it’s worth it. Quick hot invigorating shower at the office and you’re fresh and ready for the day. Though somehow I always manage to leave a manly mud splatter on my cheek to remind everyone.

“Can I just confirm I’ll carry on cycling through January and February too? Can I make sure everyone knows that? Great.”

Colleague Helen Archer said: “Saw Tom the other morning. He was taking a selfie of himself cycling in the rain and almost got hit by a Hermes van.”