Dicking around with musical instruments 'most annoying sound in world'

SOMEONE tinkering with a musical instrument but not actually playing it is the most annoying sound known to humans, research has confirmed.

The Institute for Studies found that tuneless fiddling with a guitar, piano or any other instrument instantly leads to agitation, depression and finally murderous rage.

Professor Henry Brubaker said: “Many musicians, such as acoustic guitar players, are dicks, but people who noodle around making random sounds are the real bastards.

“They could be fiddling with anything from a keyboard to a bassoon and anyone nearby will immediately get a primal urge to beat them to death with it like the apes in 2001.

“If you can’t play an instrument, stop arsing around with it. And if you can, for God’s sake don’t make anyone sit in embarrassed awkwardness listening to your own songs.

“If you find yourself with a non-musician molesting an instrument, don’t do anything to suggest you’re interested in what they’re doing and take the first opportunity to run away.”

Mum-of-two Emma Bradford said: “I love plinking away on our piano, even though I can’t play it. But weirdly when my daughter does it it’s the most annoying fucking thing I’ve ever heard.” 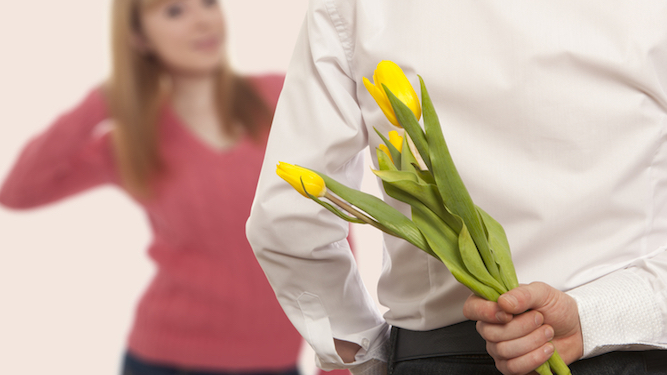 A MAN wrongly believes a manky bunch of supermarket flowers will lead to a thrilling sexual experience.

Muir said: “These flowers cannot fail to lead to a night of mind-blowing sex to cement our relationship. And they only cost £1.15 while I was buying a sandwich for lunch.”

However girlfriend Helen Archer said: “How much did they cost? About a quid? They may as well have a bright red removable sticker on saying ‘Manual Relief Equivalent’.

“How much effort does it take to get roses? Not as much as effort as me taking part in prolonged and interesting sex, which I won’t be.

“So I can confirm Nathan will be getting something exactly like the flowers – uncaring, dashed off and instantly forgettable. Happy Valentine’s Day.”

Muir added: “Shit. Is it worth me nipping to the garage and getting a box of Ferrero Rocher, or will she see through that and it’ll just be me and the laptop?”