Do humans have souls, and other conversations you only have when you're massively stoned

TALKING about the meaning of life? You must be stoned. Here are the other meandering chats you have when you’re high as balls:

Do humans have souls?

You only thought about this because you saw a fly on the windowsill and started wondering if it had a soul, and now you’re looking at your friend wondering what they would look like as a fly. But that’s a weird thing to say, so go for the officially-sanctioned weirdness of major religions.

Is there an afterlife?

Now that you’ve wasted a whole evening staring at the ceiling in your stoner mate’s flat, you’re probably wondering where your existence is heading on a spiritual level. You’ll inevitably try to come up with something profound like ‘the afterlife is the same as it was before life’. What a load of pompous shit.

Which animal could you take in a fight?

Slumped on the sofa with no intention of getting up, you’re pretty sure you could take on anything smaller than a sheep and kill it. Your mate is obsessed with the idea of killing a shark, but only if the shark was on land. Your ensuing argument about sportsmanship will go on for two hours.

Would you steal a loaf of bread to feed your family?

Now you’ve moved on from the heavy topics, and the munchies for a loaf of Hovis you spotted earlier have kicked in, you can wheel out this classic moral dilemma. You both say ‘yeah’ then watch an entire episode of Antiques Roadshow on mute in silence.

Is there any more weed?

You could have sworn that being stoned was more pleasant than this, so maybe you should check by smoking more. Your friend claims there’s no weed left, but you can see some on the windowsill. You leave, initially annoyed, but then feel grateful because you’d forgotten you’re working at the garage in two hours.

'Remember 9/11?' asks friend as if it had slipped your mind 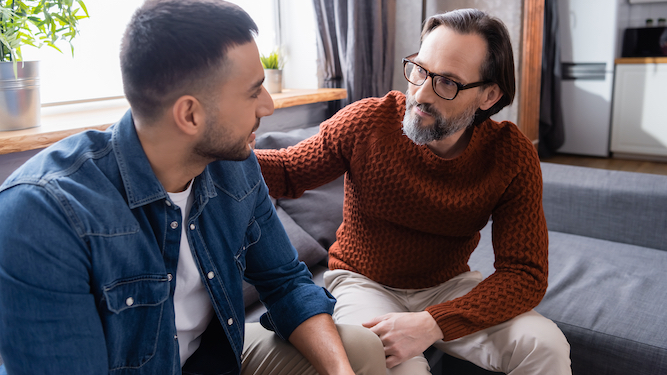 A FRIEND has asked if you have any recollection of the most tragic and monumental event of the 21st century so far.

Youthful acquaintance Joshua Hudson has sincerely asked whether you remember watching the devastating attacks on the Twin Towers, as if that day was not seared into your memory for the rest of your life.

Naive 25-year-old Hudson said: “It was quite a while ago now and loads has happened since, like Brexit and 2 Girls 1 Cup, so I wouldn’t be surprised if you’ve forgotten about it.

“Even I sometimes forget why I’ve walked into a room for a few seconds, and I’m young, so I wouldn’t judge you at all if you were like ‘9/11? Remind me?’

“Maybe you were at work or something. But it was the one where Islamic terrorists flew passenger jets into the World Trade Centre which was this really tall pair of towers in New York, and then – I know, like that wasn’t enough – the towers fell down.

“And there was another plane flew into the Pentagon, and I think a fourth plane though don’t hold me to it. And then it shaped popular culture and US foreign policy for the last two decades. No?”

Not picking up on your respectful silence, Hudson added: “I was only four so I don’t remember it directly. But now I’m old enough to vote and drive a car. Crazy, huh?”