Dog being rather cagey about what's in his mouth

A DOG owner is increasingly curious about just what her pet is refusing to reveal is in his mouth.

Staffordshire bull terrier Leonard first caught his owner’s attention when he rushed into the home they share in Preston, contrary to his reputation as an ‘awkward slow bastard’.

Owner Emma Bradford said: “So I knew he was up to something. He’s only shifted that fast before when he sat down and took a dropped ice cube straight to the anus.

“I wanted to know what it was. Dead rat? Old bin chicken? Something that’ll stain my carpet? But of course he’s f**ked off, just like last time when he took the butter.

“I found him upstairs under the bedroom curtains, guilty but close-mouthed. He wouldn’t drop whatever the bugger it is. Jaw clamped. All friendly apart from the nasty little secret he’s keeping.

“Had to put him out in the garden. He’s still got it. I think he’s licking it. Still, keeps him off his balls for a while.”

Leonard is expected to reveal the mystery item within his mouth later today, when he vomits a large chewed cigar butt onto a rug. 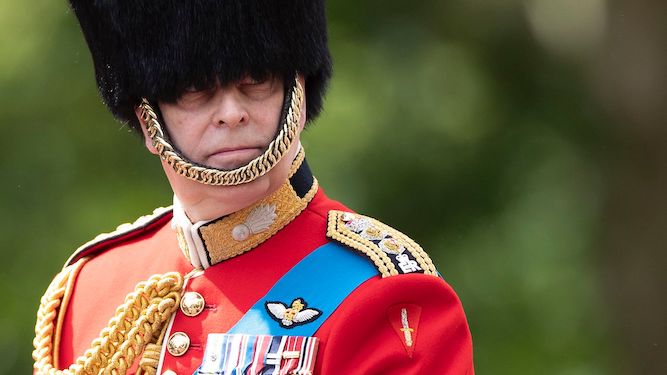 THE Duke of York has warned senior Royals that he does not want to go on Love Island but he will if he has to and he will f**king win.

Frozen out of royal life and demanding a way back in, Andrew is thought to have stumbled across Love Island last week and to immediately have realised he is a natural for it.

He said: “Single? Me. Lone tenuous claim to fame? Me. Perfected the art of appearing to listen to women while paying no attention whatsoever? Over many, many years.

“Flawless physique, fascinating gym routine, deep and abiding interest in women much younger than myself? I’m ticking every box here. At the age of 62 I have found my calling.

“Do I want to? Well, I’m much more used to being a Royal, standing on balconies in a uniform etcetera, but I think my skills would be transferable. And afterwards if you’re a successful couple you make appearances for money which is just like Ferg and me.

“If Ekin-Su wants to test my claim I can’t sweat first-hand, the invitation is extended. Yes I do still live with my mother but it’s a very big house.”

Nephew Prince William said: “It’s an absolute no, just like it was for Platinum Party at the Palace, Britain’s Got Talent and Bargain Hunt. Prick.”