Flight attendants and other professions that smile while they hate you

AIRLINE staff maintain a warm smile even for hen parties on gin who need a piss during take-off. These careers pay you for kindness to arseholes:

Cabin crew used to be an envied job, with downtime in Tahiti drinking Campari and soda by swimming pools, flirting with men called Paolo and women called Suki. Now it involves herding pissed-off cattle onto planes, keeping them from kicking off for three hours and grinning throughout. The grins are of loathing.

It’s remarkable how nurses maintain their chipper demeanour in the face of everything from aggressive drunks to whiners to death. It can’t be the low wages, long hours or being fined £100 by the hospital car park for overstaying by nine minutes. It must be the warm glow of knowing that Boris once stood outside No 10 and clapped them.

Secondary school? Adolescent twats. Primary school? A defecation accident is never far away. And all of them have to put up with the parents blaming them for their thick kids and the government blaming them for being paid. Teachers smile on the outside while inwardly screaming abuse at their knobhead charges.

Popcorn in the dark makes all the mess you’d expect. They know full well you’re smuggling a bag of M&Ms in your armpit and spill a tub of half-drunk Pepsi over a seat. When they smile and say ‘Enjoy the movie’ they actually mean ‘I’m glad that film sucks, because I f**king despise you’.

Whether stripper or prostitute, just as objectionable as the thought of the sweaty no-neck punter thrusting away at you is the smile you’re required to paste on for them, to make it seem like the whole thing’s a fun lark. Which it definitely isn’t because otherwise the guy wouldn’t be paying for sex.

They greet you beaming every morning, laugh at your jokes and invite you to the pub after work. But it’s not real. They only put up with your bellendery through gritted teeth. It’s called survival and ensures that when you’re deciding which poor schmuck to dump the shit jobs on it’s always Terry who smiles insincerely so deserves it. 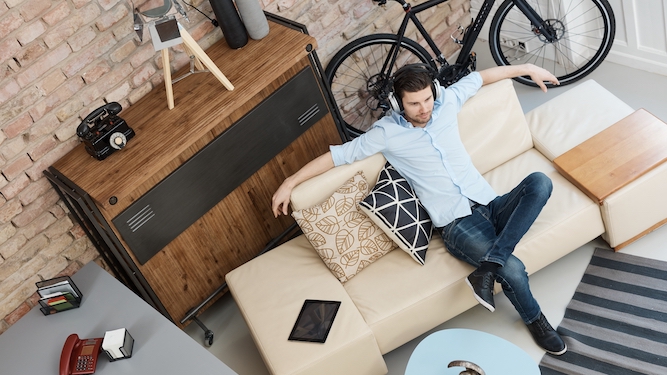 A 35-YEAR-OLD man still to make up his mind about becoming a parent has not been asked about his plans by anyone, ever.

Claim examiner Joshua Hudson, who has frittered away his youth with work, the pub and the freedom to do whatever he likes, has not once been questioned about his plans to have children or warned about any ticking clock.

He said: “Are children as magical as mortgage adverts would have me believe, or should I just enjoy my life of uninterrupted conversations and spare cash? It seems it’s up to me.

“I’m not with anyone. Meeting the right woman, settling down, and having children could take years. I should start now but since there’s no-one on my back about doing it I’ll play Resident Evil instead and think about it again in a decade.”

Sister Anna said: “Mum’s been telling me I’d die full of regrets if I didn’t bring forth new life into the world ever since I started menstruating because she ‘didn’t want to be an old grandmother’.

“Josh is galloping towards 40 without any expectation he’ll ever nurture anything beyond the black mould in his bathroom. The twat.”

Hudson said: “It’s great not to have any stress to make this life-altering decision. Is this the patriarchy in action? Or does everyone think I’d be a shit Dad?”