Eating in the street, and other things your mum inexplicably believes are 'common'

DOES your mum strangely think eating food in the street marks you out as incredibly common and lacking in decorum? Here are some things that will bring out her raging inner snob.

Even if they’re full of pricey £200k+ properties thanks to the deranged property market, your mum will still turn her nose up at them. Eye-wateringly expensive commuter homes are also vulgar. And if any house has a trampoline, the front garden may as well be full of old fridges, beer cans and feral ASBO children.

Eating on the street, apart from fish and chips

And then only at the seaside when on holiday. The only other type of outdoor food consumption that is allowed is a picnic, but that requires plates, cutlery and napkins and she can’t ever be bothered with all that annoying faff, the hypocrite.

Not drinking the last inch of your tea

‘Why won’t you drink it, it’s not like we use tea leaves?’ she’ll say inexplicably, even though the only people who do use tea leaves nowadays are dreary tea buffs. This snobbery is probably inherited from her own grandma who was alive when tea bags were futuristic inventions for the gentry.

Watching telly during the day

TV should only be watched between the hours of 6pm and 11pm and you must solemnly watch the news. If she ever found out you’d skived off work and spent hours watching shit like This Morning and Loose Women you would be disowned quicker than if you’d got a tattoo. Although she may have a point with Jeremy Kyle.

Your mum has a list of names she considers common as long as her arm, especially now people name their kids after things like bottles of wine and places they’ve had sex. However, nothing tops Maxine as the most common name ever, for reasons you can only guess at. 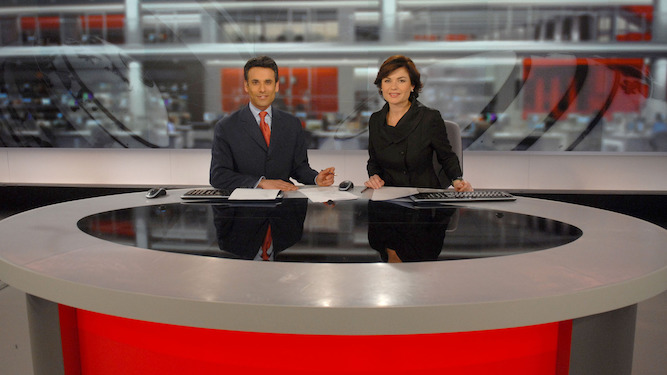 NEED the scoop on the latest government f**k-up? Here’s the inane shit BBC news will inform you about instead.

A quirky purchase at a car boot sale

So what if petrol prices are through the roof and Universal Credit has been cut? The BBC has decided you need to hear about a man who bought a rare issue of The Dandy for 50p that turns out to be worth £500. This will be mentioned on all bulletins until an even more trivial story breaks.

It looks increasingly likely that Christmas will be cancelled at the hands of the Tories, but who cares about that because Tom Booker just popped the question to long-term partner Donna Sheridan with a heartfelt flash mob? It’s disgustingly sweet, but it’s the only good news happening right, now so take it or leave it.

It’s hard to get annoyed about a 10-year-old who gets his friends to set up a food bank to help the local community, but it will be reported in a fawning way that ignores the government failings behind the headline. Naturally the nation’s economic woes will be nothing to do with the B-word.

A report on Winter

This urgent update will be heralded with the apocalyptic, cannon firing sound the BBC uses to announce breaking news. The rest of the agenda, which was only irrelevant rubbish like supply chain shortages, will be shelved in favour of a ‘news special’ about how it’s mysteriously getting colder.

A cat that did something, anything

Even on slow days where the only news is that energy prices have skyrocketed, the BBC can rely on a story about a cat to fill the airwaves. Maybe it got on a train and ended up miles away,  or perhaps it’s looking after a puppy. It doesn’t matter, you’ll lap it up and the BBC can stave off defunding for another day.