A COUPLE expecting their first child have discovered every potential baby name has been ruined by some freaky bastard one of them has met.

Emma Bradford and partner Tom were looking forward to bringing new life into the world but cannot find a name for their child that would not bring back memories of a kid in the year above who used to light his farts.

Emma said: “I liked Oliver, but Tom used to have an upstairs neighbour called Oliver who it was rumoured trapped and ate the neighbourhood cats, so that’s out. He shuddered when I said it.

“If it’s a girl he likes Naomi, Alicia, Holly or Zara, all of whom are massive bitches who I’ve despised. My daughter can’t be sullied by memories of them. I’d still fight Zara if I saw her again, and I’m seven months pregnant.

“He went on a lads’ holiday with a Zack who used to put his dick in your drink. I had an ex called Theo who dumped me during a Venice citybreak. And, like everyone, we’ve never met a pleasant Ashley of either sex.

“Basically every name in the world has been the name of a dickhead at some point and it seems we’ve met most of them.

“I guess we’ll have to settle on something traditional without any negative connotations for either of us, like Adolf or Beelzebub.”

Ten trivial things that should be part of the culture wars, by a twat 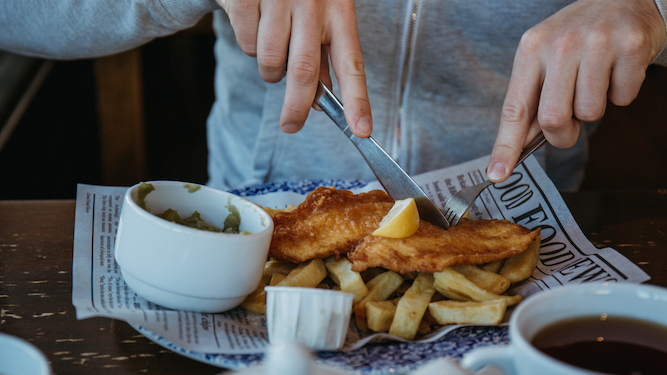 REPLACING GB stickers on cars with UK is the latest thing culture war dickheads are up in arms about. Roy Hobbs suggests more minor issues to be outraged by:

Chips. This Anglo-Saxon delicacy is next on the wokerati’s list. We have to fight back with a media campaign recommending everyone get their five portions a day.

Shoe sizes. We don’t need confusing European shoe sizes like 41. I’m an English size 11 and proud. Well, ten-and-a-half but they’re hard to get.

Curly Wurlys. The PC brigade never mentions these fine British caramel and chocolate latticeworks. There’s no doubt a tweetstorm about how they’re colonialist even now.

Caravan holidays. True Brits can take the hardship of sleeping next to a toilet in a cramped mini-house on wheels. Not authentic enough for the woke Mafia, I suppose.

The Battle of Aliwal in 1846. Some might say a footnote in history, but I celebrate every British military victory from Boudica to the capture of Port Stanley. It should have a bank holiday.

The BSI Kitemark. A symbol of quality patriotic manufacturing and safety standards. We deserve to have it on everything great and British, though the CE mark does the same thing.

Carry On films. These British cinematic masterpieces aren’t on the school curriculum. Why not? Woke Haram apparently don’t consider Carry On Abroad to be as good as Dickens.

James Argent. ‘Arg’ from TOWIE has had a lot of personal issues, but has he put out a statement unequivocally supporting Brexit? We need to know, then start a fight about it.

British Leyland. It’s time to reevaluate the stylish lines and reliability of classic British high-performance cars like the Princess and Austin Allegro. Ignore the Wokie Blinders lies about them being ‘shit’.

Flaglessness. Some people choose not to fly a St George’s Cross outside their house or from their car windows. I’ve got two words for this: prison sentences.