A FAMILY unable to find anyone to look after their pet rabbit are reluctantly taking it for ten days in Snowdonia.

The Booker family called round a selection of pet hotels, friends and family at the last minute before their departure without success, so instead are taking both rabbit and hutch to a self-catering cottage in Abergynolwyn.

Tom Booker said: “F**ksake. Bad enough our main holiday’s in bloody Wales, but now we’ve got the rabbit along?

“The hutch fills the boot so we’re having to bring two cars, plus all its pellets and hay and shit, and that’s one more chore to do when I’m meant to be having some time off.

“He doesn’t know he’s in Wales any more than he knew he was in Wakefield. This isn’t a rabbit adventure. It’s an administrative f**k-up of which the rabbit will remain blissfully unaware.”

Wife Suzy Booker said: “I’m telling a bedtime story every night about Snowy’s thrilling escapades with the wild Welsh rabbits, in preparation for when he runs off to join them.”

How to afford a house: a guide for millennials 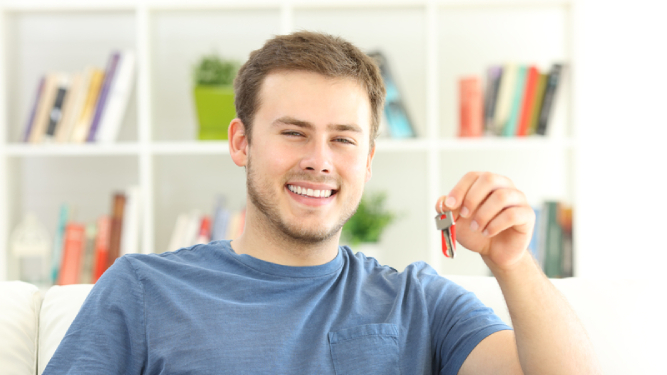 YOUNG? Worried you’ll be renting forever? These tips will get you on the property ladder before you can say ‘mouldy hellhole’:

Encourage your desired neighbourhood to go downmarket by discreetly littering it with syringes, crumpled copies of the Daily Star, and perhaps some Greggs bags. It’ll be a shit hole, but it’ll be your shit hole.

Your problem isn’t a nation of smug baby boomers sitting on billions of pounds of unearned property value. No, it’s your high standards which are the real issue. A ‘house’ could be a collection of wooden pallets at the end of your parents’ garden, you know. And do you really need a roof?

Move in with someone

OK, you’re fairly sure your scumbag of a potential housemate slept with your sister and never called her back, but he has an IKEA futon of his own – what more do you want? Sign a mortgage contract with this degenerate right now and stop complaining.

Buy a flat instead

Flats are like houses but less good and squashed on top of one another, which surely means they’re really cheap. It’s not like you’d have to pay through the nose for a property where you can hear the neighbours having sex and the leasehold means you don’t even own it forever. That would be madness.

Wait for a global catastrophe

All you need is something really big and unprecedented to happen which gets everyone scared and shakes global confidence. Like a scary virus that anyone could catch. If something as apocalyptic as that happened then house prices would be on their knees, right?