YOU’RE definitely going to make the most of your weekend. Or you’re going to pretend you are. Here are five excellent things to do this weekend that you won’t.

There’s nothing like a bit of exercise to get your weekend off to a flying start. Except you’re not sure where your swimming costume is and there’s that twat in the fast lane who thinks he’s training for the Olympics. Having a bath and kicking your legs about is probably just as good.

Retail therapy is fun, but then what was the point of paying for Amazon Prime next-day delivery if you’re not going to use it? You’d practically be flushing money down the toilet. Better watch some cartoons instead.

What better way to appreciate the changing seasons than with an autumnal walk? But where are you going to go? You’ve read a lot about dangerous dogs in parks recently. More telly and a beer from the fridge is the sensible thing to do.

You loved the zoo as a kid! Of course, that was before you took into account the ethical implications of keeping wild animals in cages. Spend the day googling ‘ethical zoos’ before giving up and watching The Lion King again. That’s like a zoo.

The pub is a stimulating social activity that cements friendships and leads to erudite conversation. But you’ve got alcohol at home and let’s face it that’s all that matters. Also they won’t let you wear pyjamas. 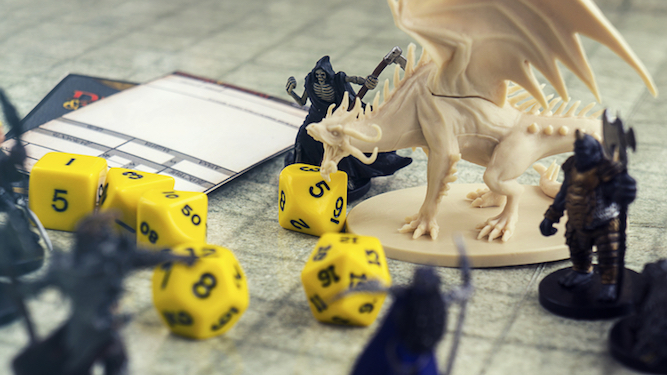 THE government has triumphantly announced that one small sector of the British economy will not be adversely affected by Brexit.

An impact report found that the fantasy role-playing game industry will suffer no disruption, despite sectors such as manufacturing, finance and agriculture going to shit.

Foreign secretary Dominic Raab said: “This is excellent news for lovers of dice-based tabletop games involving dwarves and completely vindicates our decision to go ahead with Brexit.

“Introverted dweebs can rest assured there will be no shortages of Dungeons & Dragons paraphernalia in the small number of fantasy games shops across the UK. Warhammer will similarly unaffected.

“The niche nature of the industry shields it from economic upheaval. That and the fact that people who buy D&D figures have literally nothing else to spend their money on.”

“It’s a huge relief. The only better news I can imagine is finding out I’m going to lose my virginity.”