ARE you signed up to a local community group like Nextdoor, WhatsApp or similar? Here are some of the odder posts that will puzzle you.

Where can I find a plumber?

Have you tried Google? Or maybe ask another human being, sometimes known as a ‘friend’ or ‘relative’. There isn’t a plumber shortage in the UK, so it’s not like trying to find a rogue physicist who will build you an atom bomb.

The poster will report this tragic incident, but not have actually done anything about it. The description of the cat will be totally useless for any worried owner missing their moggie, eg. ‘It was a furry cat.’

A harmless post saying ‘Hope you’re all staying safe!’ will inevitably attract the attention of at least one loon who thinks wearing a mask in shops is the worst kind of fascism, and will start a furious argument with the original poster who was just being nice to people.

Attempting to sell things no one would ever want to buy

The sheer optimism of people trying to get rid of rubbish for a tiny profit is impressive. Do you need an ancient copy of Riders by Jilly Cooper, for 50p and which you’ll have to collect yourself? Or an old fax machine or some flip flops? Probably not.

‘I’m Graham. Just moved here to Station Avenue, would love to get to know people’, etc. But the post will never contain details of what Graham is interested in or the sort of people he’d like to meet. It’s unlikely anyone will ever reply for fear of meeting a clingy loner or a possible serial killer.

It has pictures on the menu, and other signs you're at the worst restaurant in town 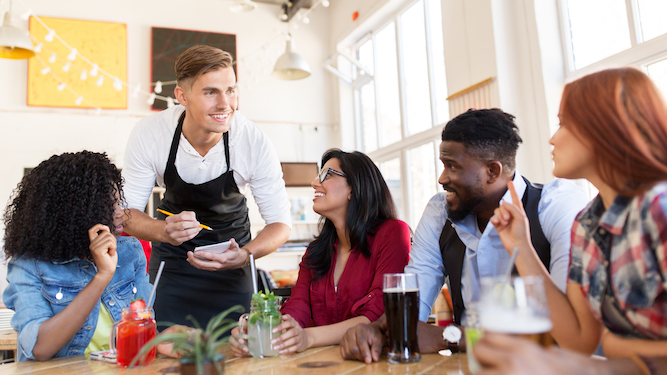 ARRIVED in a new town and walked into the first place you’ve seen? Here are the warning signs that it’s the worst restaurant within a 20-mile radius.

There are pictures on the menu

Forgotten what an egg on toast looks like? If this restaurant isn’t confident that they can explain basic foodstuffs without showing you what it might look like, it’s going to be horrible.

No one else is in there

If every other restaurant in town is booked up and this is the only place that can get you in at a moment’s notice, you might be in the wrong place. Prepare for food poisoning.

The menu is in Papyrus

If the laminated menu is in a crap font like Papyrus, plus a bit of Word clip art, you will almost definitely find a hair or a fly in your soup.

It’s next to a better restaurant

Hedging their bets that the better restaurant will fill up quickly and that they can pick up the stragglers is classic shit-restaurant etiquette. Just walk a little further down the road next time.

A gastropub curry is one thing, but having literally no idea what slightly exotic cuisine is will make for an unpleasant meal. Expect an omelette served on a poppadum with HP Sauce.