GETTING hitched this summer? Whether it’s for love, or so you cannot be legally compelled to testify at a public enquiry, the flower crown is the hot look.

The flower crown is perfect for the young, eco-conscious woke bride deflecting allegations that her dashing groom is responsible for tens of thousands of deaths.

Bridalwear expert Carolyn Ryan said: “2021 weddings are either lockdown romances, postponed from last year or brought forward from next year to cover that you were more bothered about your dog’s reputation than an impending pandemic.

“The easing of restrictions has seen brides-to-be pouring through our doors, eager to celebrate their love or eager to distract from their fiancé’s roles in making those restrictions necessary.

“Naturally, the flower crown is the perfect accessory. A floral garland speaks of simple beauty and pastoral ideals, rather than over-complicating life by looking at what COBRA meetings he did or did not attend.

“It’s a sliding scale. I had a lady come in last week who was marrying her boyfriend while he was tried for tax evasion. There was no possibility of a custodial sentence so she only needed a couple of small flowery clips.

“But for the barefoot bohemian brides facing investigation by parliamentary commission, I’d recommend the full Midsummar with associations of human sacrifice upholding a corrupt cult. You look gorgeous babes.” 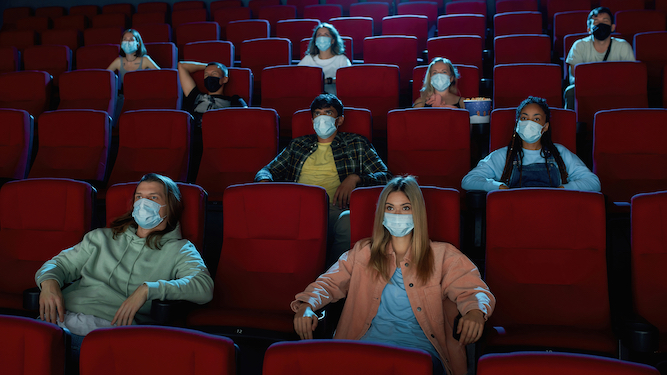 THE upcoming third wave of Covid is expected to wrap up all the loose ends and bring the trilogy to a fitting close, fans believe.

Following the global impact of the first two waves the third has been much anticipated, though critics fear that it is arriving too quickly on the heels of the last one and may botch the ending like Game of Thrones.

Epidemiologist Dr Helen Archer said: “Nobody thought the first wave would do what it did. We were blown away. The second was still powerful, but people knew what to expect.

“But it all comes down to this third wave. I like that we’re returning to Wuhan where it all began and the vaccine race adds that element of tension the second wave was missing, but can they do it?

“We all love a good trilogy but it’s harder than you think. The last Star Wars was bollocks, Blade III sucked, even the Godfather. I just hope it hasn’t written itself into a corner.”

“Will Covid be remembered fondly like the Dark Knight trilogy, or as a disappointment like the Matrix trilogy?