A WOMAN has actually told her friends that climate change is fine because she has already got a tan in May.

During a sunbathing session, Emma Bradford and other tanning twats agreed that the destruction of the planet is worth it to get a healthy glow slightly earlier in the year.

Bradford, 25, said: “I’m getting a tan, showing off my tits, drinking an Aperol Spritz and it’s not even June. Tell me that’s a bad thing.

“Heatwaves that won’t end, skin cancer, flooding becoming the norm by 2070 – it’s all government lies to stop us taking long lunch breaks in the park.

“Yes, a lot of people are opposed to global warming, but that’s probably because they’re not beach body ready.”

However climate scientist Professor Carolyn Ryan said: “Of course you’re going to like global warming if your main priority in life is getting a thigh gap.

“Let’s see how much they love it when they’re battling it out for scraps of food in a giant dust bowl armed only with a pair of flip flops and a copy of Hello! magazine.

“Although to be fair I too would like to see a horrific natural apocalypse with a giant flaming methane ball turning these idiots into human Frazzles.”

The teenager's guide to why exams are bullshit 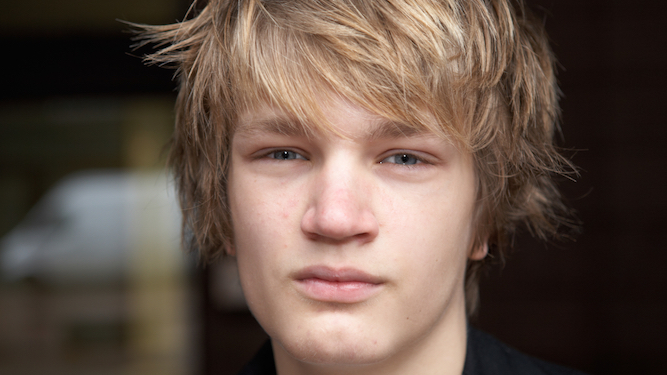 HAVE you done very little revision and are worried you’ll fail your GCSEs? Don’t worry – teenager Tom Booker is on hand to explain why exams are bullshit.

Exams only prove you can memorise boring shit like a parrot. There are other types of intelligence, like being good at Call of Duty, so once the entire educational establishment realises this it won’t matter that I’ve only got a few Ds and Es in easy subjects.

In the future all the jobs will be done by AIs, so what’s the point of qualifications? You can tell the older generation is feeling the pressure because when I explained this to my dad he shouted “FOR FUCK’S SAKE JUST DO SOME FUCKING REVISION!” and opened another bottle of wine.

Personally I can deal with any level of stress, but my friend Chloe goes to pieces in exams. However she is really good at making bracelets out of string. It’s a disgrace that this isn’t taken into account in GCSE Maths.

Steve Jobs, Einstein, Metallica, Shakespeare, Nigel Farage, Stephen Hawking, The Prodigy, Barack Obama – not one of them have a single qualification. If you don’t believe me I can send you a link to the chatroom where I read it. So much for so-called ‘intelligence’!

You can just wing it anyway

Naturally smart people like me don’t need to revise, which is just as well because I’ve done fuck all towards my next exam in exactly three hours and my mum will tear me a new arsehole if I fail Sociology.